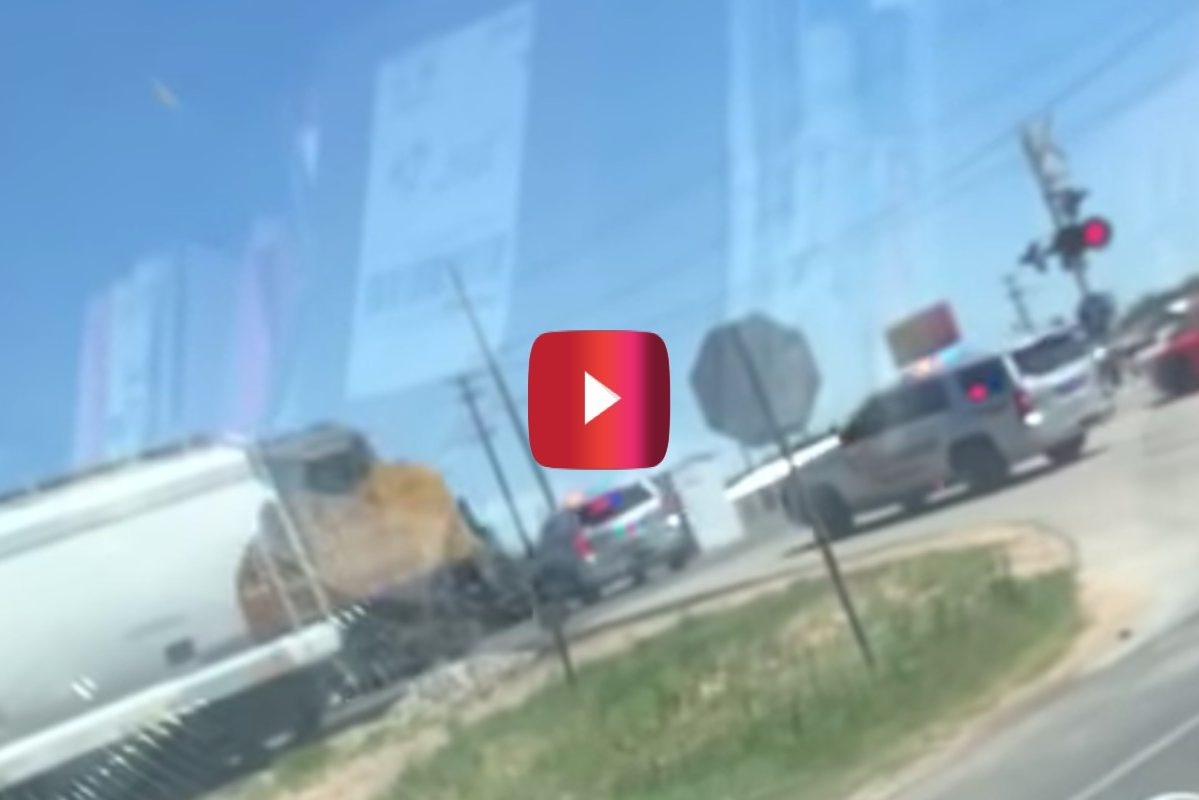 You would think that a train would be a pretty hard thing to miss. With most full-sized freight trains weighing anywhere from 1,000 to 16,000 tons (depending on how many cars the train is pulling), they’re not exactly the stealthiest of vehicles. Not to mention, they tend to make plenty of noise when they come roaring on by.

But, back in May 2019, one sheriff’s deputy in Midland County, Texas found himself on the wrong side of the tracks. By all accounts, he’s damn lucky to be alive.

Captured on video by Texas native Andrea Hood-Brumfield, the shocking footage shows two police Suburbans pulling onto a set of train tracks as a train inches passed by them. Unfortunately, neither officer realized that there was another set of tracks in front of them, with a speeding train chugging along in the opposite direction.

This train is shown smashing right through the sheriff’s deputy’s vehicle that’s leading the pack, dragging the Suburban several yards before flipping it over on its roof. All Hood-Brumfield can muster at the moment of impact is a shocked and distressed, “Oh my God!”

“You just heard a loud bang, I mean you saw the sirens coming and you saw both trains going back and forth but I don’t even think he saw it,” witness Mike Lopez said, according to Your Basin.

“I mean he is lucky to be alive, after we saw him walk out we were just amazed by it.”

Thankfully, the Sheriff’s Deputy was able to escape the wreck with only minor injuries and was expected to make a full recovery.