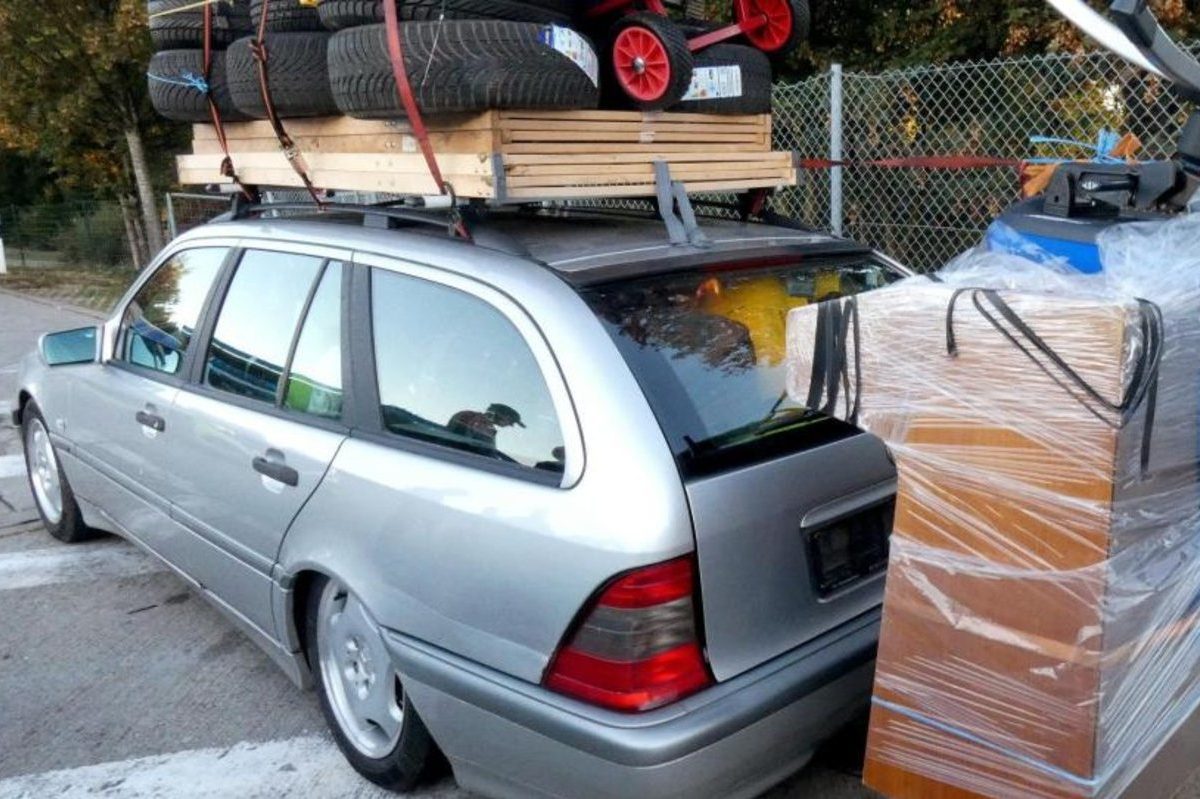 If you’re looking for a decent amount of comfortable storage space, the Mercedes-Benz S202 station wagon can get the job done fairly well. It’s got room for a few passengers and the capability to handle a lengthy road trip’s amount of luggage. If you wanted to strap a bike to the bike rack or a kayak up top, you could easily do that. I mean, it’s a station wagon. You know the drill.

Well, one 46-year-old German man apparently did not know the drill and thought he could slide under the radar by going way over his wagon’s rated payload limit. 900 pounds over it, to be exact.

Considering he was driving on the Autobahn, he wasn’t exactly keeping a low profile. He was eventually pulled over by police, who quickly snapped this almost cartoonish photo.

Read More: This Drone Footage of a 1,060 HP Corvette Drifting on a Mountain Road Course Is as High-Octane as It Gets

To bastardize a quote from the movie Jaws: You’re going to need a bigger car. When it was all said and done, the man was found to be hauling several tires and bikes on his roof rack, a bike on the tow bar, an office chair, and, last but not least, a freakin’ piano…on the bike rack.

The guy only ended up getting hit with a 95-euro fine (which amounts to around $110 US dollars), so, all things considered, he got off pretty easy.

Hopefully, this guy learned a lesson from this experience though. Maybe he’ll even save up money for a vehicle that more appropriately fits his needs. Ideally, one with a truck bed. Then again, how much do 18-wheelers cost these days? He actually might be in the market for one of those.