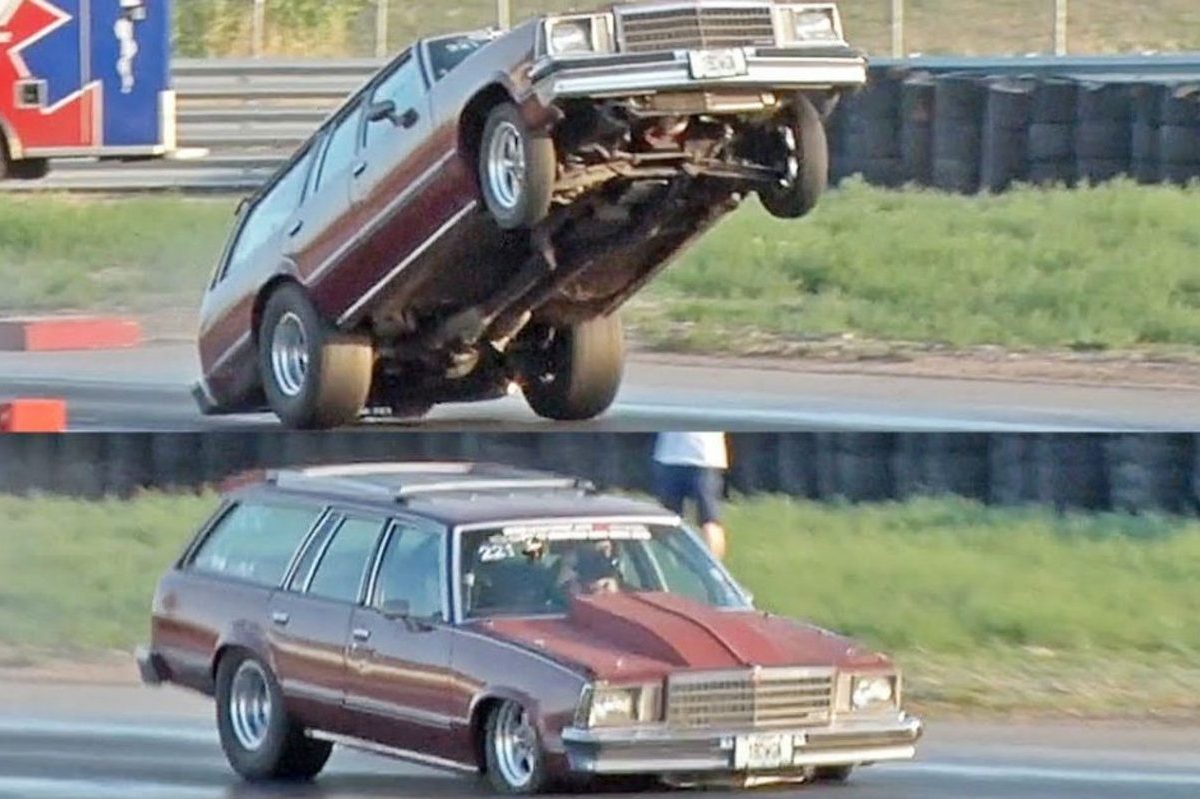 There’s a thin red line in drag racing between not having enough power and having entirely too much. That line can be very easy to cross. This is an example of having waaaaay too much power.

When you’re popping insanely high wheelies on launch and then slamming back down onto the track so hard that you’re bashing apart your front end, you’ve gonna a little bit too far in the nitrous department. But, you don’t get wild videos like the one below by easing up on the throttle. Check it out!

Read More: Check out What Happens When You Put Nitrous in a Turbo Jet Ski

Whoops! And, that’s the way the nitrous wagon crumbles.

Now, apparently, there’s a golden rule of drag racing: Never lift during a wheelie when your car is really high. As 1320video points out in the above video’s description, the driver of the wagon did exactly that and paid a serious price.

Drag Racing 101 school is in session! This badass nitrous wagon went wheels up but didn?t follow the age old rule…NEVER lift during a wheelie when you?re up that high! We?re glad the car wasn?t damaged too badly and the driver was in good spirits after the incident. When a car?s wheels are up that high, you?re bound to run into trouble if you decide to let out, just as this guy found out!

Well, at least this driver learned a valuable lesson. Then again, maybe he didn’t. Some people care more about pulling off wild stunts than keeping completely intact racers. To be fair, it did make for an awesome video. Thank God for nitrous and the people who are crazy enough to use it.