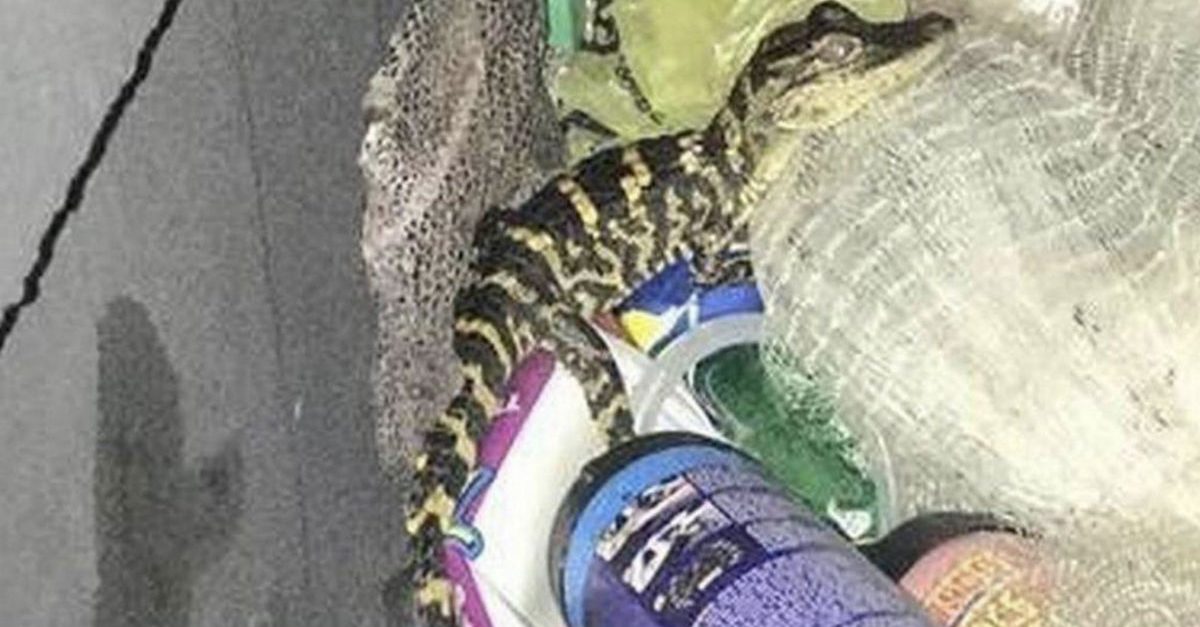 The Charlotte County sheriff’s deputy stopped a pickup truck Monday afternoon after it ran a stop sign and 22-year-old driver Michael Clemons told him he and his 25-year-old passenger Ariel Machan-Le Quire were collecting frogs and snakes under an overpass. He gave the deputy permission to search bags in the truck.

Not to be outdone by #Floridaman, a #FloridaWoman pulled this alligator out of her pants this morning during traffic stop after being asked the standard "Do you have anything else?" She also had 41 3-stripe turtles in the car. @MyFWC responded to take over the investigation. pic.twitter.com/UdZsDBvh9f

When the deputy found 41 3-stripe turtles in the woman’s backpack, he asked if she had anything else. She pulled the 1-foot (0.3-meter) gator from her yoga pants.

Charlotte County Sheriff’s officials suggested an explanation on Twitter for the incident: “Not to be outdone by #FloridaMan, a #FloridaWoman pulled an alligator out of her pants.”

The Florida Fish and Wildlife Commission took over the investigation.