A Florida Man Carrying a Rattlesnake Made for a Wild Arrest 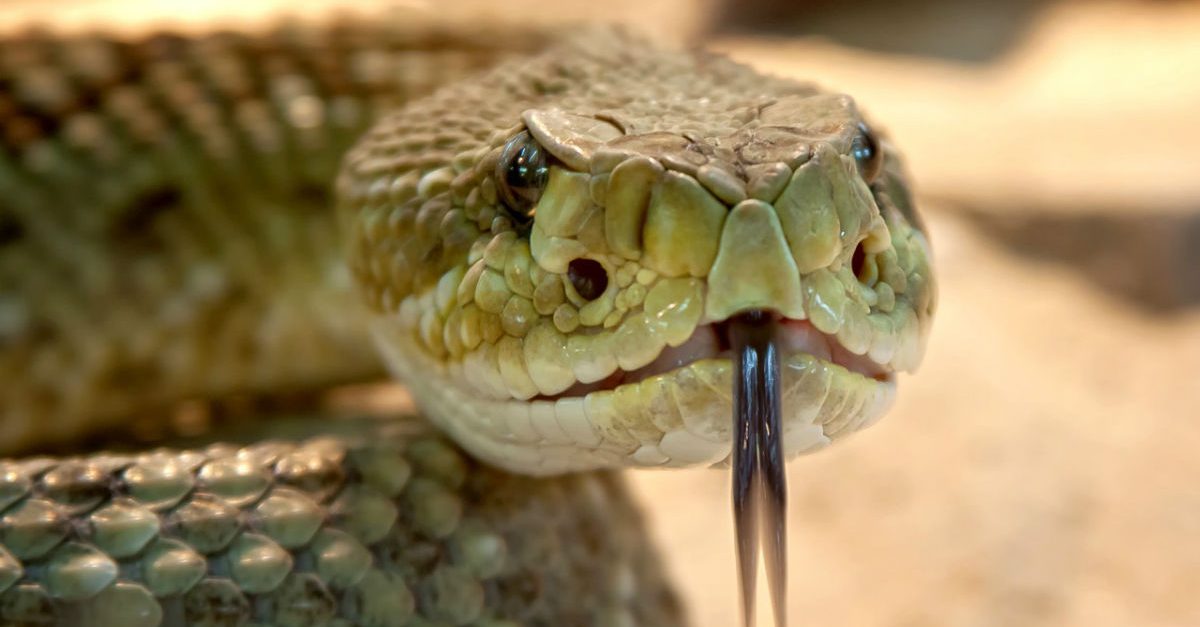 JACKSONVILLE BEACH, Fla. (AP) ? A rattlesnake in Florida ended up in the back of a police car.

The snake was being carried by a homeless man walking around Jacksonville Beach on Monday morning.

When police stopped the man, they told him to throw the reptile into the back of their vehicle for safety.

Great snakes! This rattler was taken from a man in Jax Beach carrying it around and claiming to be an "agent of god." Police had him toss it in a squad car, and called FWC to capture it. [Vid credit Larry Ellis] @FCN2go #Florida pic.twitter.com/2GZ16oXEki

In a WTLV-TV report, video shows a Florida Fish and Wildlife Conservation Commission officer pulling the snake from the patrol car?s back seat. The rattles at the end of the snake?s tail can be heard shaking as the officer drops the snake into a plastic container.

The snake was relocated to a wooded area. No injuries were reported.