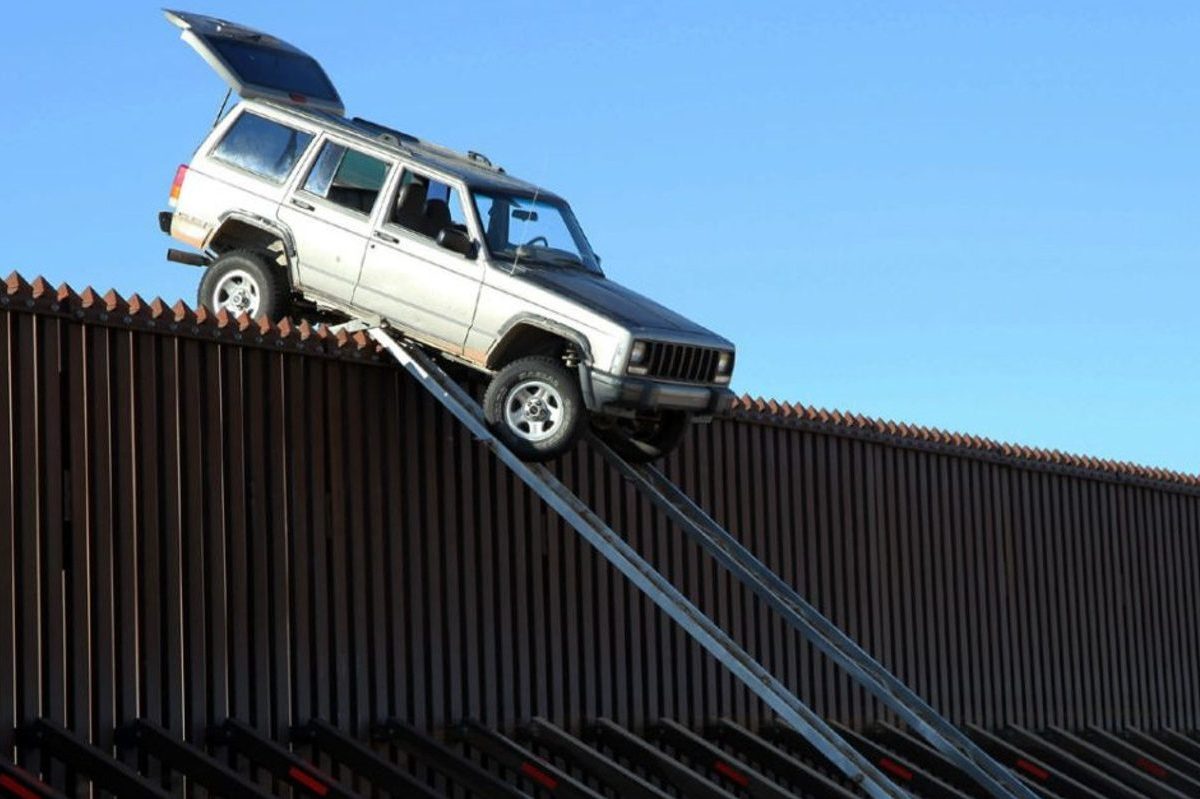 Years before “Build the Wall” was even a concept, a 14-foot border fence separated Mexico and California, and, back in late 2012, even that fence proved too much for two would-be drug smugglers. Using a makeshift metal ramp, Dumb and Dumber thought they’d be able to just drive their Jeep Cherokee right over the fence and they’d be scot-free.

Well, they got the SUV over the Mexico side of the ramp no problem, but driving down the United States side caused quite the hangup. As in, when they tried making their descent, they were literally hung up, with the Jeep just teeter-tottering on the fence. Whoops!

Read More: Florida Man Tries to Use Marijuana to Pay for His McDonald?s Drive-Thru Order

Agent Spencer Tippets, the Border Patrol public affairs officer for the Yuma sector, said that when agents approached the Jeep two suspects were trying to free it from its perch. The suspects fled south into Mexico before the agents arrived.

Tippets said the rear gate of the Jeep was open when the agents found it, but the vehicle was empty of any drugs. “That area is very well known for drug smuggling, especially marijuana smuggling,” said Agent Tippets. “Given the type of vehicle and the location, we believe it’s most likely it was engaged in smuggling.” Tippets said the men were probably able to empty the vehicle of contraband before the Border Patrol agents arrived.

The agency removed the Jeep from the fence, and then seized both the SUV and the two ramps.

As far as drug smuggling goes, this has to go down as one of the biggest fails ever. But, hey, not everyone’s cut out for drug smuggling. Hopefully, these two goons aren’t…on the fence about finding a new career path.