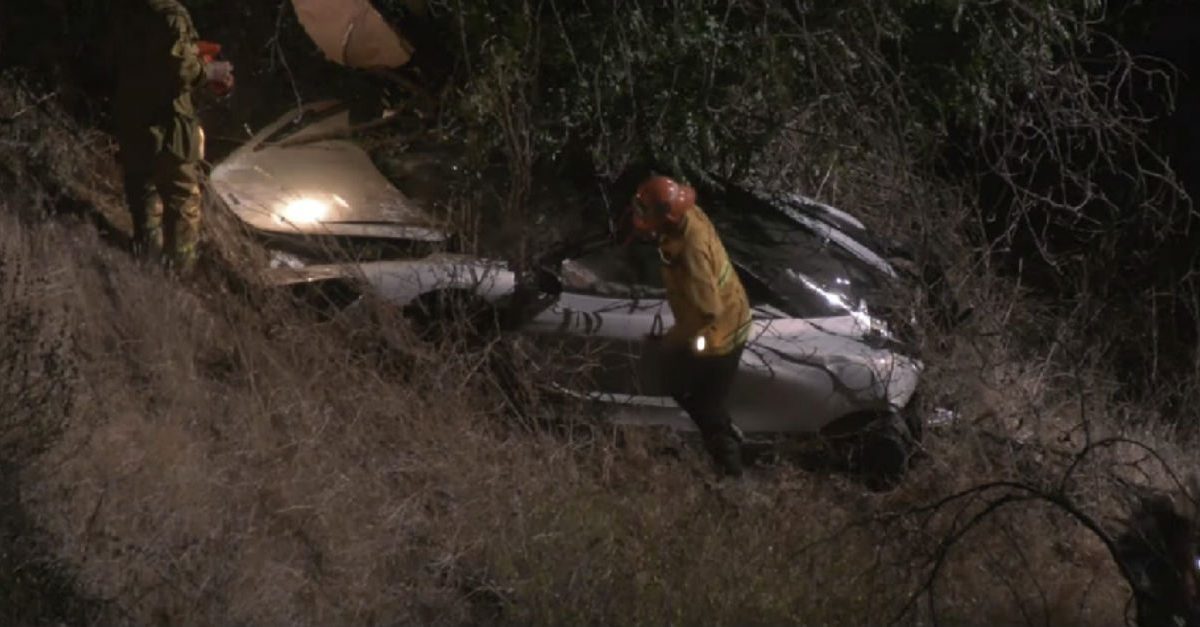 If you were a 911 dispatcher and you got a call describing “headlights tumbling down a cliff,” you’d probably assume that had got a casualty on your hands. I mean, cars these days can withstand a lot, but they’re not exactly outfitted to go careening off cliff edges. They just haven’t yet developed safety tests for that sort of thing.

Thankfully, the 50-year-old driver of a McLaren was successfully rescued via helicopter and only sustained rib injuries after his car went flying off a cliff on Mulholland Drive in Los Angeles, California. It’s definitely not every day that you see a rescue as dramatic as this.

Authorities responded to reports from a witness who advised they saw headlights from a vehicle tumble down a cliff in the 13700 block of Mulholland Drive in the Beverly Cres area around 9:25 PM.

Units arriving on scene attempted a search from the ground but could not locate the crashed vehicle due to steep terrain and pitch-black conditions.

A fire department helicopter responded to assist the search efforts and located a high-end sports car, possibly a McLaren, pinned against a tree at the bottom of the cliff.

According to Jalopnik, the car ruined in the wreck was likely a McLaren 720S, which packs more than 700 horsepower and costs over a whopping $280,000. In other words, this driver was likely moving at a pretty decent clip in the moments leading up to the crash.

So, yeah, this guy can kiss his fancy sports car goodbye, but considering how everything could’ve turned out in the end, he’s probably just lucky that he made it out in one piece. Something tells me he’ll be watching his speed going forward.

Read More: Shocking Video Shows a Truck Crash Into a Telephone Pole and Flip Onto a HOUSE