Mustang Gets Split in Half, and Street Racer Miraculously Walks Aways 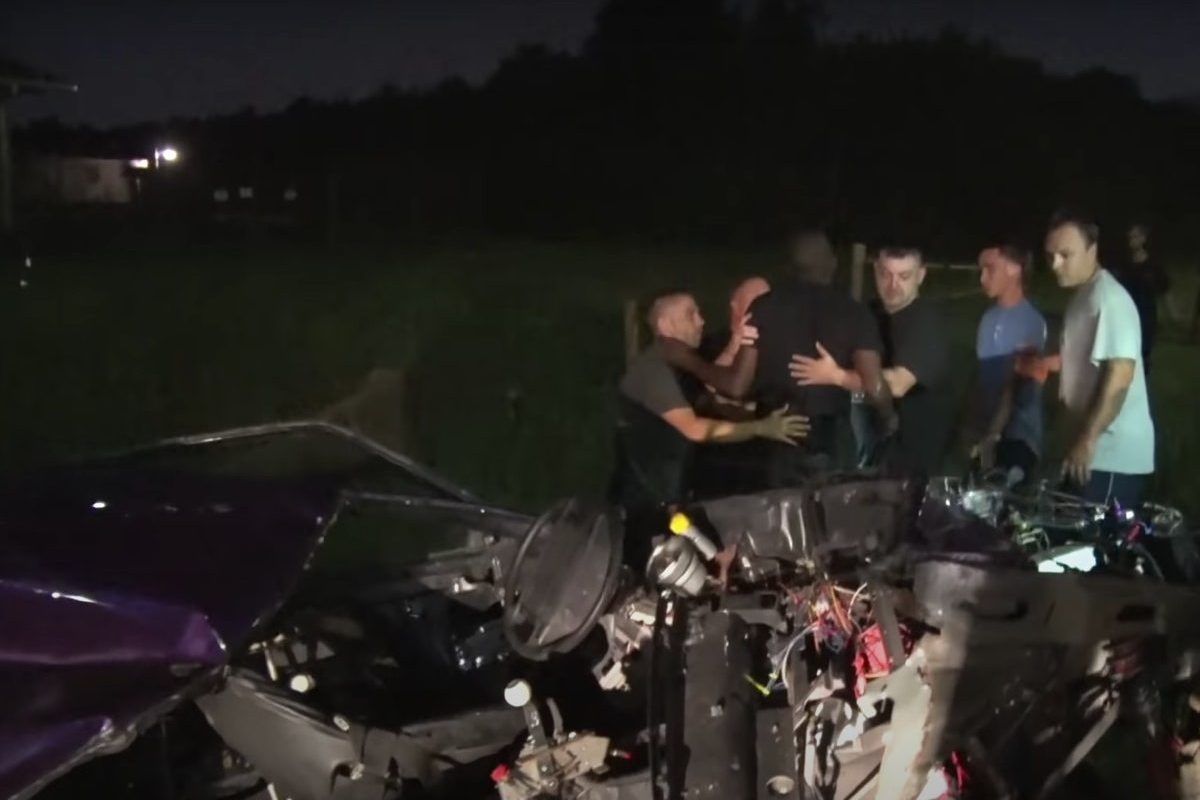 Street racing is a pretty damn dangerous activity, especially considering that safety precautions aren’t exactly a number one priority for most folks involved in the street racing scene. Still, despite all of the risks, it’s not all that common to see a car get freakin’ split in half at the end of a race. After all, this is real life we’re talking about and not some high-budget, CGI-laden Fast and Furious movie.

That’s what makes this Ford Mustang vs. Ford Mustang street race match-up so ridiculously crazy. It ended in one driver sustaining a broken jaw, some missing teeth, and a broken shoulder after his car crashed into a utility pole. Considering that the Mustang was completely destroyed in the wreck, it’s a miracle that this guy wasn’t more seriously hurt.

Just check out the below footage from 1320video, and you’ll see what I’m talking about.

Read More: Check out the Moments Right Before an Illegal Street Drifting Sideshow Was Shut Down in California

It?s unclear where and when this took place, though it seems be somewhere down south, possibly Louisiana or Mississippi, as the guy running the show says that one car is from New Orleans while the other is from Mississippi.

What happens to the driver from Mississippi is absolutely terrifying, as he loses control of his car about 50 feet in and it careens into the pole. He?s then seen climbing out of the car and lying on the ground, alive but extremely shaken up. Neither driver appears to have been wearing a helmet, and the crashed Mustang also didn?t have a roll cage.

Whoa. That guy was just that close to being another tragic drag racing statistic. Here’s hoping he learned his lesson and decides to put an end to his street racing career. Or, at the absolute least, wears a helmet next time.