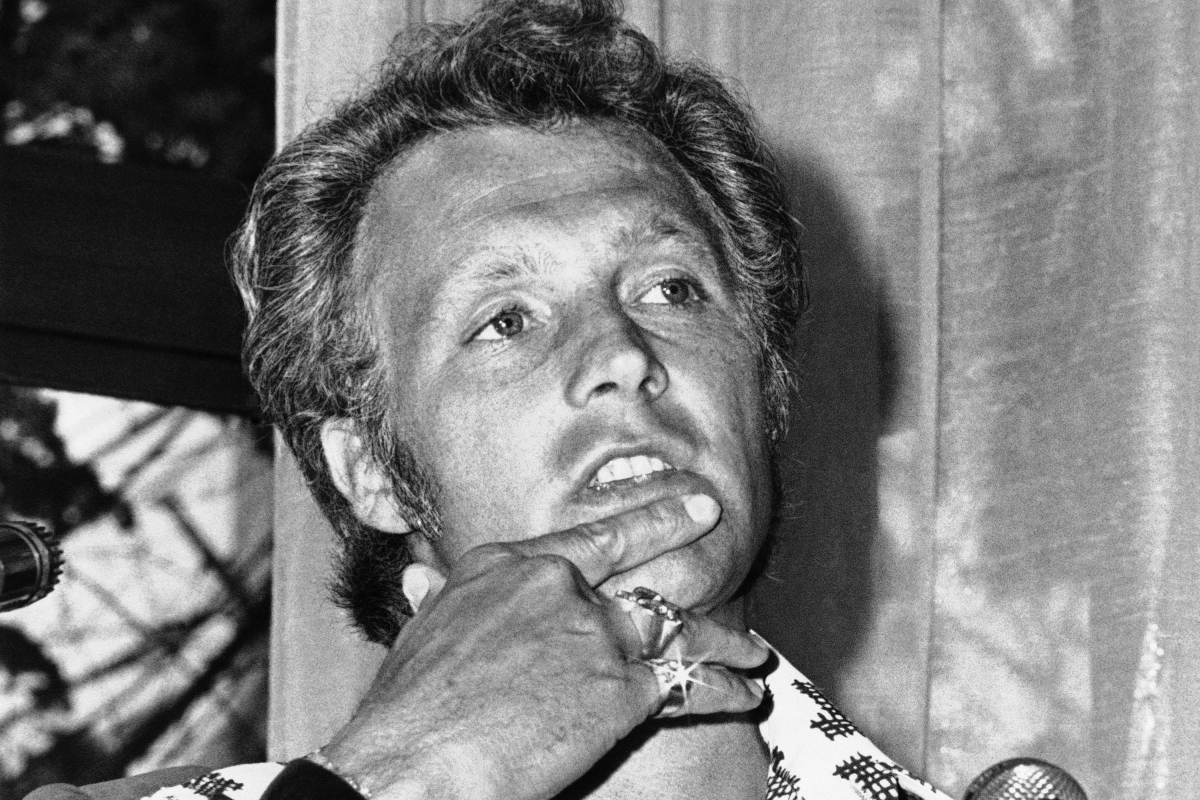 As it turns out, ABC actually refused to broadcast the jump live because they were so sure that Evel would fail. So, they agreed to film the stunt and air it later. The rest is history, folks!

A couple months after his televised stunt, Knievel went back to Gardena and ended up jumping over 16 cars. What a tryhard!

Evel would go on to make seven more appearances on the Wide World of Sports. In November 1973, Evel, riding a Harley-Davidson XR-750, successfully jumped over 50 stacked cars at the Los Angeles Memorial Coliseum. The record wasn’t broken until 2008. A couple months later, he jumped 11 Mack trucks in Highland Falls, Texas. August 31, 1974 marked the date of Knievel’s motorcycle jump in Toronto, though this was somewhat overshadowed by Philippe Petit’s high wire walk in New York City.

As you probably know, not all of Evel Knievel’s televised stunts were successful. On September 14, 1974, Evel Knievel attempted to jump the Snake River Canyon in Twin Falls, Idaho in a machine called a skycycle. 33,000 fans (with thousands more at home) watched as the skycycle’s parachute opened too early, leaving Evel to crash into the canyon wall. Rescue teams actually had to pull him out of the water. On May 31, 1975, Knievel attempted to jump 140 feet over 13 double-decker buses in London’s Wembley Stadium. He ended up getting thrown off his bike on the landing ramp, and his motorcycle landed on top of him.

But, back to more of Evel Knievel’s televised successes. On October 25, 1975, the daredevil went to Kings Island in Kings Mills, Ohio and cleared 14 Greyhound buses. The televised event ranked as the highest-rated show in the history of Wide World of Sports.