Chain Reaction. My Own Private Idaho. John Wick: Chapter 3 -- Parabellum. Movie buffs will recognize these as films starring iconic actor Keanu Reeves. But, did you know that Reeves rode motorcycles in those movies, too?

As it turns out, Reeves doesn't ride bikes only on the silver screen. The Hollywood star has a HUGE passion for motorcycles in real life, which has culminated in an impressive motorcycle collection and his own custom bike shop. As if we needed more proof that Keanu Reeves is the coolest of all time. 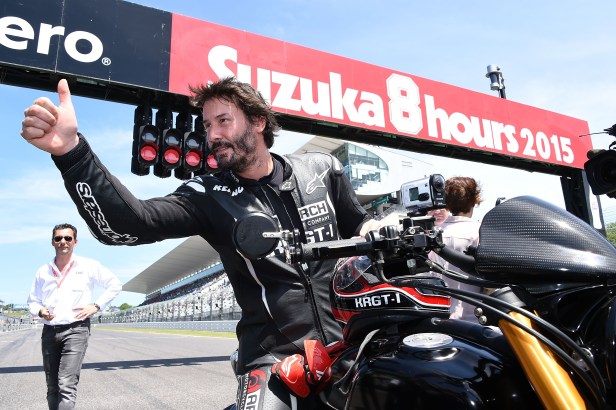 Being the motorcycling aficionado that he is, Keanu Reeves, of course, has quite the impressive collection. Over the years, Keanu has owned a Suzuki GS1100E, 1974 BMW 750, a Kawasaki KZ 900, a 1984 Harley-Davidson Shovelhead, and a Moto Guzzi, among others.

One of the more special bikes that Reeves owns is a 2004 Ducati 998, which, as it turns out, is the very same bike that was used in the iconic chase scene in The Matrix Reloaded. The motorcycle sports a special "Matrix green" and Matrix Reloaded graphics. Ridden by Carrie-Anne Moss in the movie, Reeves never actually got the chance to take it for a spin during filming. But, hey, he gets to ride it now.

Another cool bike in Keanu's collection is the El Diablo West Coast Chopper, which rocks a classic look that channels Keanu's fascination for the motorcycle gangs he saw in Toronto as a kid. He referred to these riders as "pirates," and considering that Keanu himself is rocking somewhat of a pirate look these days, their influence on hi, is no doubt still very much apparent.

When it comes to riding motorcycles, whether it's the Ducati 998, a 1978 MK2A Norton Commando, or another sport bike that he keeps at the shop, Keanu is particularly drawn to the zen-like feeling he gets whenever he hits the road or the race track.

"It's the visceral quality of it, the vibration, the wind, the sound," Reeves told GQ back in 2019. "It's really a great place to think, to feel, to get away. When I don't ride a motorcycle, I go through withdrawal. It's not good for my health."

Hey, if going 135 MPH on a souped-up motorcycle keeps Keanu going at 57 years old, then good for him. 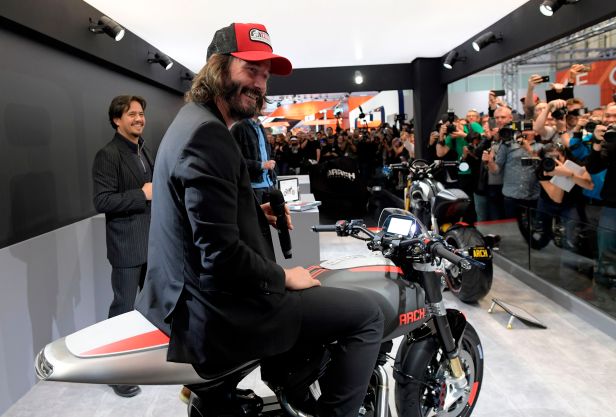 What Is Arch Motorcycle Company?

Keanu Reeves is the co-founder of the Arch Motorcycle Company, a high-end custom motorcycle manufacturer based in Hawthorne, California that Keanu started with Gard Hollinger back in 2011. Their first production motorcycle was the Arch KRGT-1. Stocked with a 124ci S&S V-Twin engine, the performance cruiser is equipped with bespoke Ohlins/ARCH suspension front and rear, coupled with BST carbon wheels that reduce unspring mass.