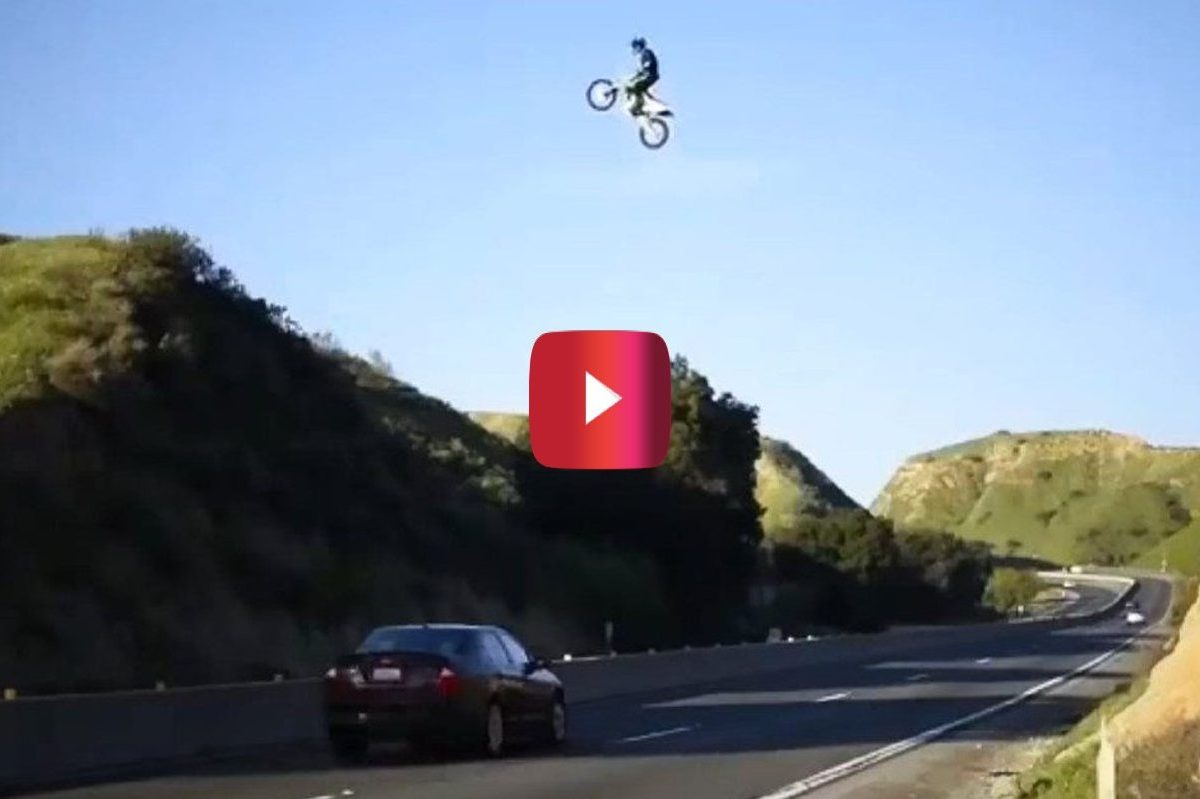 You know, these freestyle motocross guys really are a different breed of human. It almost seems like they have no fear at all. They are completely comfortable hucking a 220-pound dirt bike full throttle off the lip of a jump. You have to respect the types of people that just naturally have that “send it” kind of mentality. Kyle Katsandris is one of those people.

Back in 2017, he decided to build a massive ramp and launch his dirt bike over the 60 Freeway in Riverside County, California. On top of that, this wasn’t exactly one of those professional productions where they shut down the roads for the stunt. Nope, this was just a dirt biker with a couple of his friends who had a crazy idea of doing this freeway jump with actual Southern California traffic flowing beneath him.

Soon after going out on social media, Kyle’s video of the dangerous stunt went viral, and he became an internet sensation. It’s easy to see why.

Read More: The Beast: Everything You Need to Know About Joe Biden?s Presidential Limo

In the video, you can see Katsandris shoveling the ramp to assure the takeoff was going to be perfect. He wastes no time and pins it toward the takeoff for the jump. You can watch him soar into the air while multiple cars drive by underneath him. Luckily, the motocross rider sticks the landing and rides away safely on the other side.

Now, some people may watch that and think the guy is a legend, and others may watch it and think it was a selfish and dangerous move. Either way, it does make you think: There’s no way that was actually legal. It’s pretty safe to assume that, with as much attention as that video got, Katsandris got some heat from the California highway patrol later on.

The motorcyclist didn’t stop with the freeway jump, though. About a month later, the dirt bike rider was at it again with another massive off-road jump over train tracks in west Los Angeles. This one, however, did not exactly go as planned.

The jump over the railroad tracks went horribly wrong after Katsandris hit a bump at the top of the ramp, which sent him over the bars and crashing on the other side. He was in critical condition, but has since recovered from the event.

Back to my original point: These freestyle motocross guys are just insane. They are willing to take on those insane challenges, regardless of the drastic consequences that come from messing it up. I will never quite understand how these guys have so much confidence in their ability, but I’m all for watching some more cool dirt bike free ride videos. Keep them coming, you crazy animals!