Get a Shotgun, Bible, and an American Flag with a Car, Thanks to This July 4th Deal 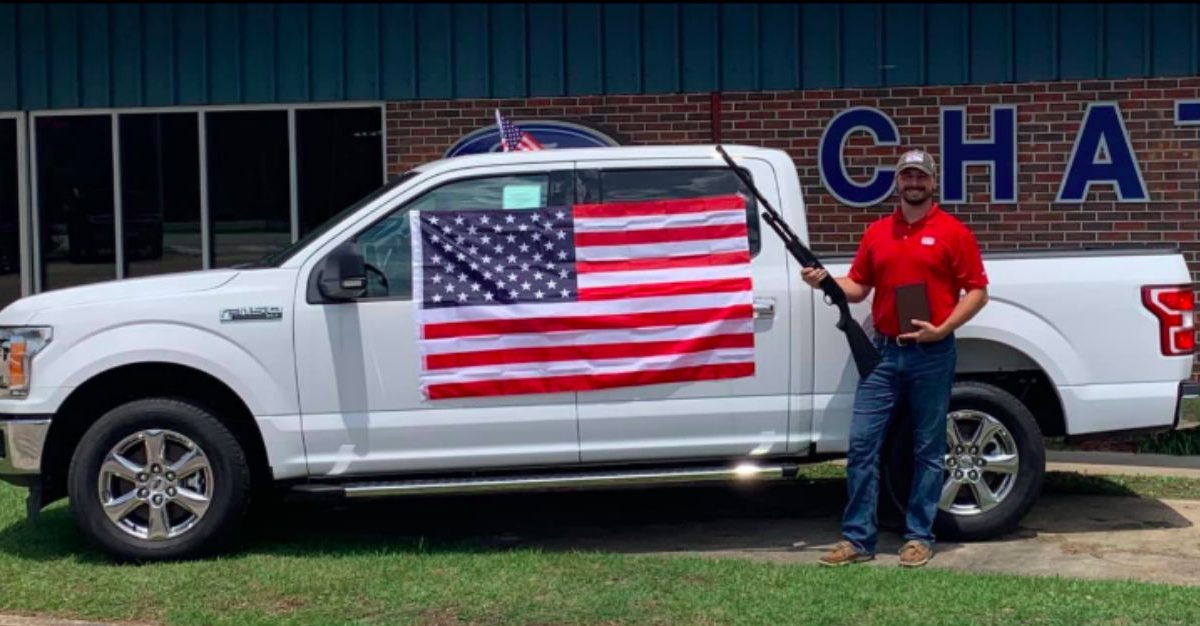 To celebrate July 4th, just about every car dealership in the country will probably be offering some sort of enticing promotion, but one dealership in Chatom, Alabama is going full ‘Murica for their Independence Day deal.

For every vehicle purchased, whether it’s new or preowned, Chatom Ford will be giving away a 12-gauge shotgun, a Bible, and an American flag. Now, obviously, you’re not going to be able to just walk into the dealership, buy yourself a car, and then get tossed a set of keys and a 12-gauge on your way out the door.

According to the rules of the promotion, customers must be 18 or older, have a valid ID, be able to legally buy a vehicle, and pass all background checks related to owning a firearm.

Most car commercials like to use words like “no money down” and “zero percent APR,” but in its ad, entitled “GOD, GUNS, and FREEDOM,” Chatom Ford skipped the boring stuff and got right to the good part.

This is just a small way we want to celebrate our independence and our loyal clients, by giving a bible, 12 gauge, and flag to every patron who purchase any vehicle from us between now and July 31.

Now THIS is how you get the people going ahead of the Fourth of July. I mean, this dealership red, white, and blew the damn door off the hinges with this promo. The only way they could’ve gotten more American is if they threw in a screeching bald eagle (which I’m pretty sure is illegal) and the original Declaration of Independence (which is impossible, unless you’re Nicolas Cage). Wild, wild, wild stuff.