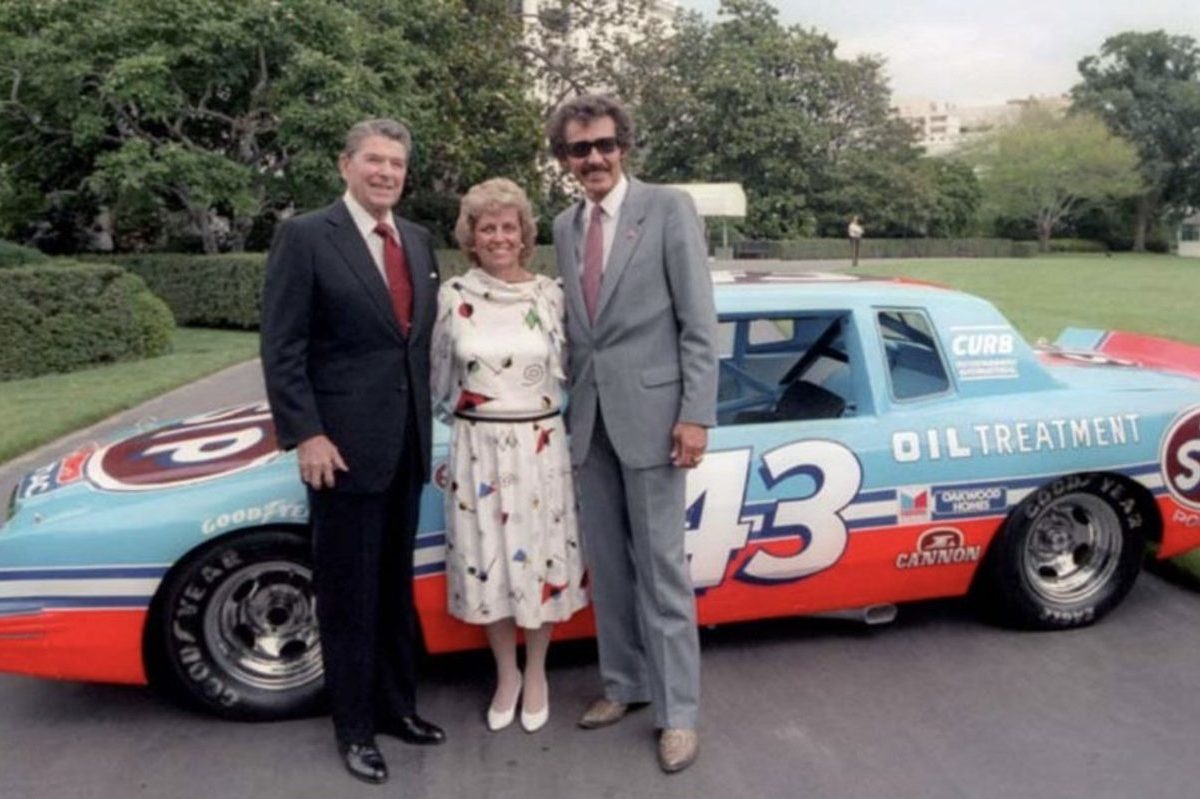 As you hopefully know, July 4th is a special date in American history. It is on this day when we celebrate our independence from tyranny. Among a number of things, this means we no longer recognize the rule of kings.

Well, technically, we do celebrate two Kings here in America. One is country music icon Elvis Presley. The other is one of the most legendary NASCAR drivers of all time: Richard Petty.

From his win at the 1979 Daytona 500 to his iconic 1967 season, the NASCAR titan has had his fair share of memorable moments on the track. Perhaps Petty’s most memorable moment, though, was his victory at the 1984 Firecracker 400.

That fateful NASCAR Winston Cup Series race at Daytona International Speedway was significant for a whole host of reasons. For one, it happened on the Fourth of July. In and of itself, that may not seem all that significant, but when you look at all that happened that day, the particular date adds the icing on the cake on what was one of the most American days in NASCAR history.

Following the “Start Your Engine” command from President Ronald Reagan , Petty, driving the No. 43 Pontiac, battled it out for all 160 laps. The finish itself was one for the books, with Petty besting Cale Yarborough by a nose.

It would mark The King’s 200th win — his final victory before his 1992 retirement and a record that has still remained unbroken. It didn’t hurt that after the race, Petty went up to Daytona’s suite level and got a special congratulations from Reagan himself.

?I understand that no one in the whole history of racing has ever done that, won 200 races,? Reagan told Petty.

Reagan also ended up joining Petty and other drivers for a post-race picnic where such staples Kentucky Fried Chicken and Pepsi was served. After a few remarks from the president, he would end up being joined country singer Tammy Wynette, who sung “Stand By Your Man.” It doesn’t get much more American than that!