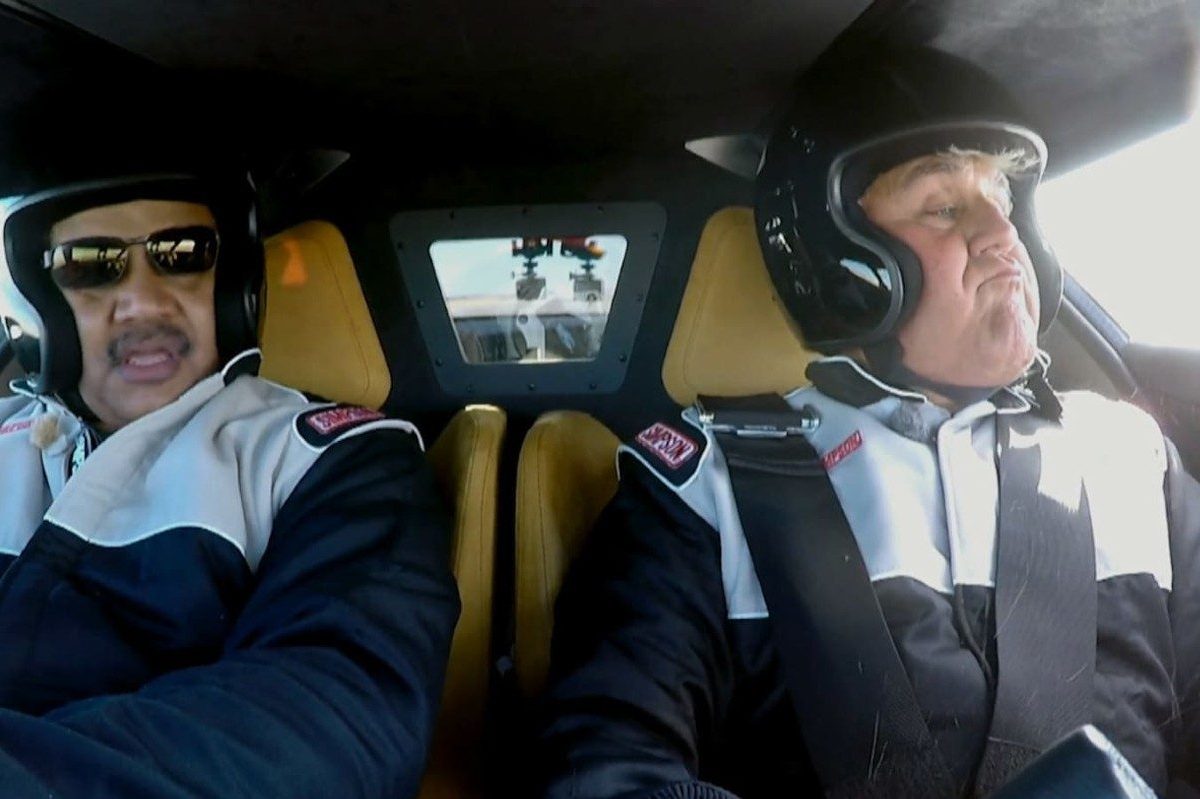 On his TV show Jay Leno’s Garage, Jay Leno — stand-up comedian, former host of The Tonight Show, and, last but not least, incredibly outspoken gearhead — spends each episode focusing on at least one exceptional specimen from his ridiculous collection of vintage rides and souped-up luxury cars. He’s test driven the Tesla Cybertruck with Elon Musk, cruised around with comedian Jeff Dunham in a Plymouth Thunderbird, whipped around in a 1,000-horsepower beast of a trike known as the Rocket II, and felt the wind in his hair in the incredibly rare LCC Rocket. But, those are all episode recaps for another day and another time. Here, we’ll go back a few years to check out another incredible moment from the JLR vault.

In a episode he shot back in 2016 with renowned physicist Neil deGrasse Tyson, Leno really pulled out all the stops when he took his almost over-the-top EcoJet for a spin. Once he got that baby up to 130 MPH…well, just watched the below video and see for yourself.

Built in partnership with General Motors and Honeywell, Leno’s EcoJet has 650 horsepower and is powered by an LTS-101 turbine jet engine normally reserved for United States military attack helicopters.

Converted to run on biofuel diesel, the EcoJet looks like a Ferrari and a modern-day Cadillac had a baby, but Jay promises Dr. Tyson that this thing is all muscle and has blisteringly fast speed levels. So, fast, in fact, that it might do a bit more harm than good.

Can you even imagine being behind the wheel of this thing? What a machine!