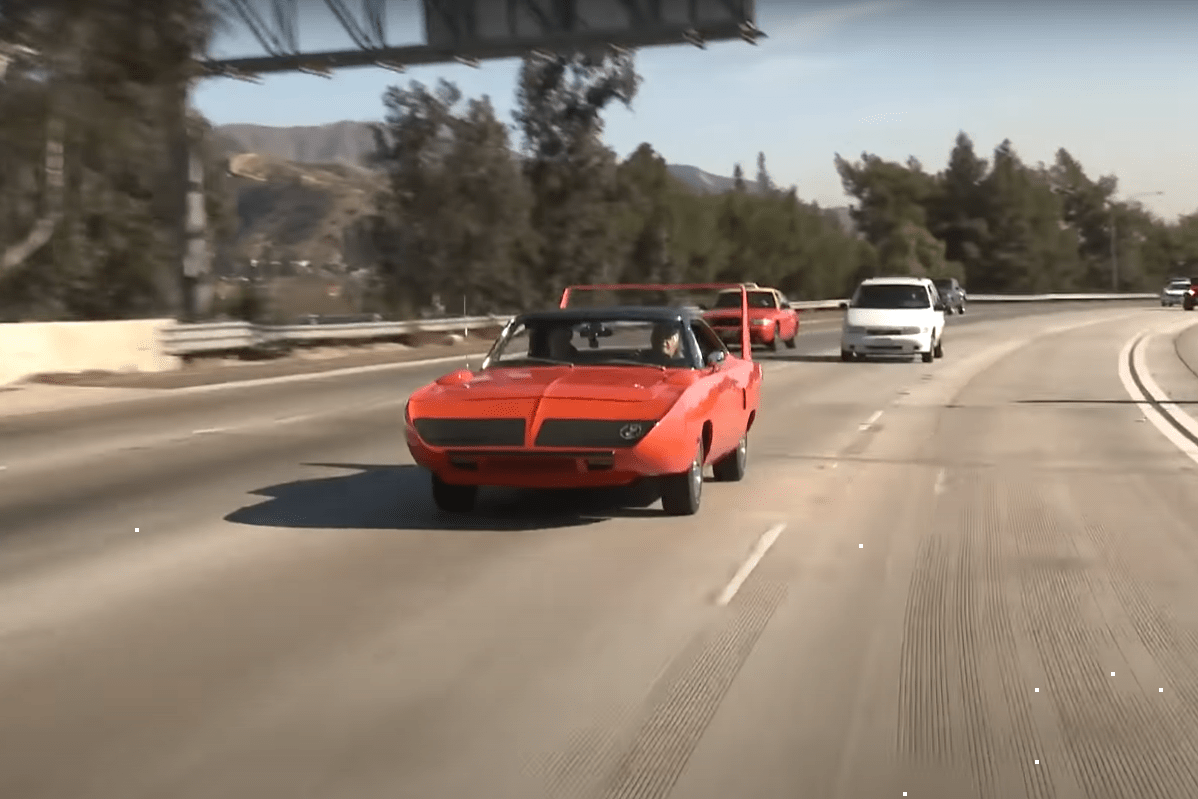 That big wing. The nose cone. The pistol grip shifter. This Plymouth Superbird checks all the boxes. As Jay himself says, they have made a full voyage in the past 50 years, from “cool” to “convert it!” to “super collectible.”

From the connection to NASCAR and Plymouth’s hopeful seduction of Richard Petty, the history of the Superbird is absolutely fascinating. While plenty of cars today are designed with science and wind tunnels, that wasn’t standard procedure in 1970. Listening to Jay and Jeff chat about the history of the model, and especially this particular import from a barn in Zanesville, Ohio, is equal parts nostalgia and eye-opening information about one of the most limited production cars in recent history.

While we all knew Jay Leno was an avid car collector, Jeff Dunham is known more for his talking jalapeno than his super-sweet car collection. You’ll probably be surprised to learn that his garage houses a number of American classics. In addition to this Superbird, Dunham has found two AMC Gremlins, a Plymouth Barricuda, and a Ford GT.

In fact, Dunham has not one, but two Batmobiles in his collection. Not only is that incredibly cool, but as he points out, the Superbird is longer from nose to tail than the Batmobiles, making it impossible to fit in his garage.

Not only do you get to hear the “meep-meep” of the Roadrunner horn, but Jay takes us on a tour of the engine, too.

After the history, discussion, and tour of the gorgeous orange Superbird, Jay Leno and Jeff Dunham hop in to take it for a spin. The interior is all stock, with a wide, plain dash that features AM radio and your choice of Heat or Defrost.

As Jay comments, you really can’t sneak up on someone or stealthily follow them in a bright orange Plymouth muscle car, but if your goal is to look really super cool, why would you choose anything else?