You’ll See Why This 75,000-HP Ship Is Called an Icebreaker 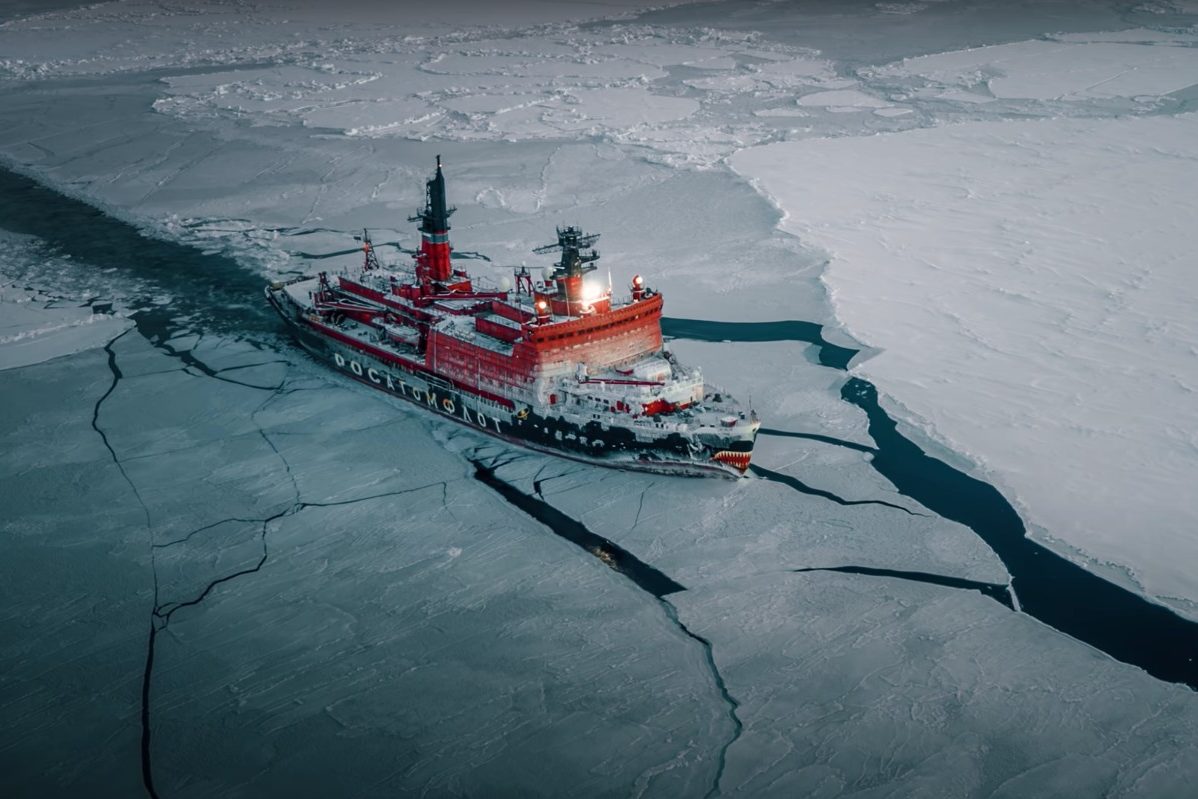 It’s not often that we bring you stories from all the way over in the Arctic Ocean, but the sheer power and monstrousness of the 75,000 horsepower nuclear-powered icebreaker shown in the below video is just too epic to not watch. And then watch again. And again. And then also one more time.

Back in March 2018, Timelab Pro, a St. Petersburg, Russia-based team that creates “aerial art videos from all over the world using drones,” spent a week traveling along the Arctic coast to capture footage of the Yamal, which is apparently the biggest nuclear icebreaker in the world. I don’t know if that’s verified or not, but judging from the video of what this thing can do, I’m not going to dispute it.

In the video you can see two Russian icebreakers – “50 Years of Victory” and “Yamal” with a capacity of 75,000 horsepower and a distinctive shark mouth, which appeared on it in 1994 during one of the children’s humanitarian programs. According to legend, someone suggested drawing a smiling shark mouth on the nose to make it more fun for children. At present, Russia has the only nuclear-powered icebreaker fleet in the world. They are used to provide wiring ships in the ices of the Northern Sea Route in the freezing ports of the Russian Federation, research expeditions, rescue operations and tourist cruises.

In addition to the extreme weather conditions, the shooting was complicated by the fact that the icebreaker was always in motion. And if the drone was flying over the radar tower, the recording file was damaged.

Whoa. To say this thing is a freak of nature is putting it lightly. I’d hate to be the sorry vessel that stood in the path of this beast. On top of that, there’s the creepy-looking shark face that only adds to the terrifying level. Jaws ain’t got nothing on this bad boy.