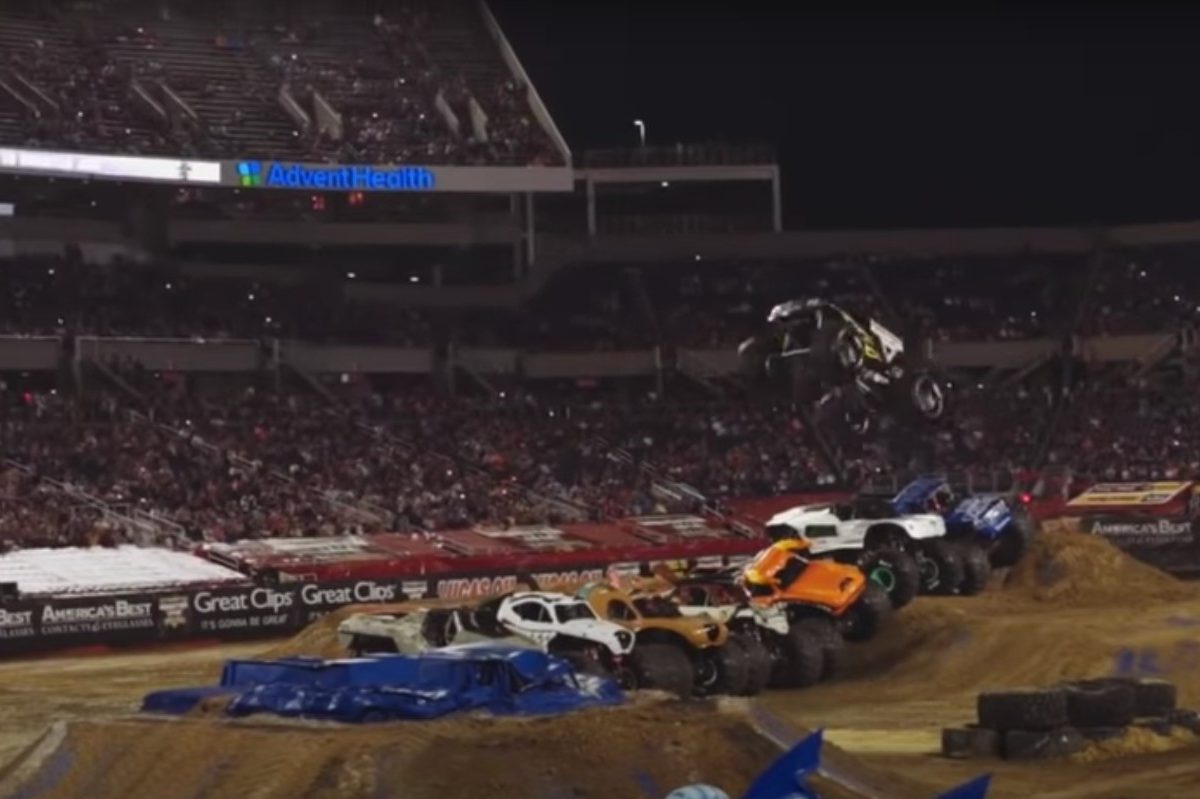 Driving in the Maximum Destruction truck, which boasts a whopping 1,500 horsepower, Eichelberger flew 144 feet in the air during the Orlando show’s encore performance and was treated to quite the reception after completing the record-setting jump.

Besides Eichelberger’s historic moment, the 2019 Monster Jam World Finals was chock-full of absolutely epic and unforgettable moments, as BroBible points out.

The Monster Jam finals saw the debut of the two wheels skills challenge and things got off to an amazing start when Grave Digger?s Brandon Vinson held a wheelie for nearly 40 seconds.

Vinson?s trick was eventually surpassed by Maxx D?s Tom Meents who was crowned champion of the event after he busted out the sickest wheelie of the show when he walked up a ramp in reverse on two wheels.

Cynthia Gualtier became the inaugural high jump champion when she reached an apex of 45.472 feet of an insane jump.

Later on in the night, Linsey Read, a mother of three girls, won the prestigious Monster Jam freestyle event by outlasting 19 of the top male and four of her fellow female athletes to become the first mom ever to win a Monster Jam World Finals championship in the event?s 20-year history and she did it all while driving an awesome Scooby-Doo truck.

Monster Jam has it all: ridiculous wrecks, insane stunts, and breathtaking victories. If you’re not all in on this high-octane entertainment experience by now, you’re seriously missing out.