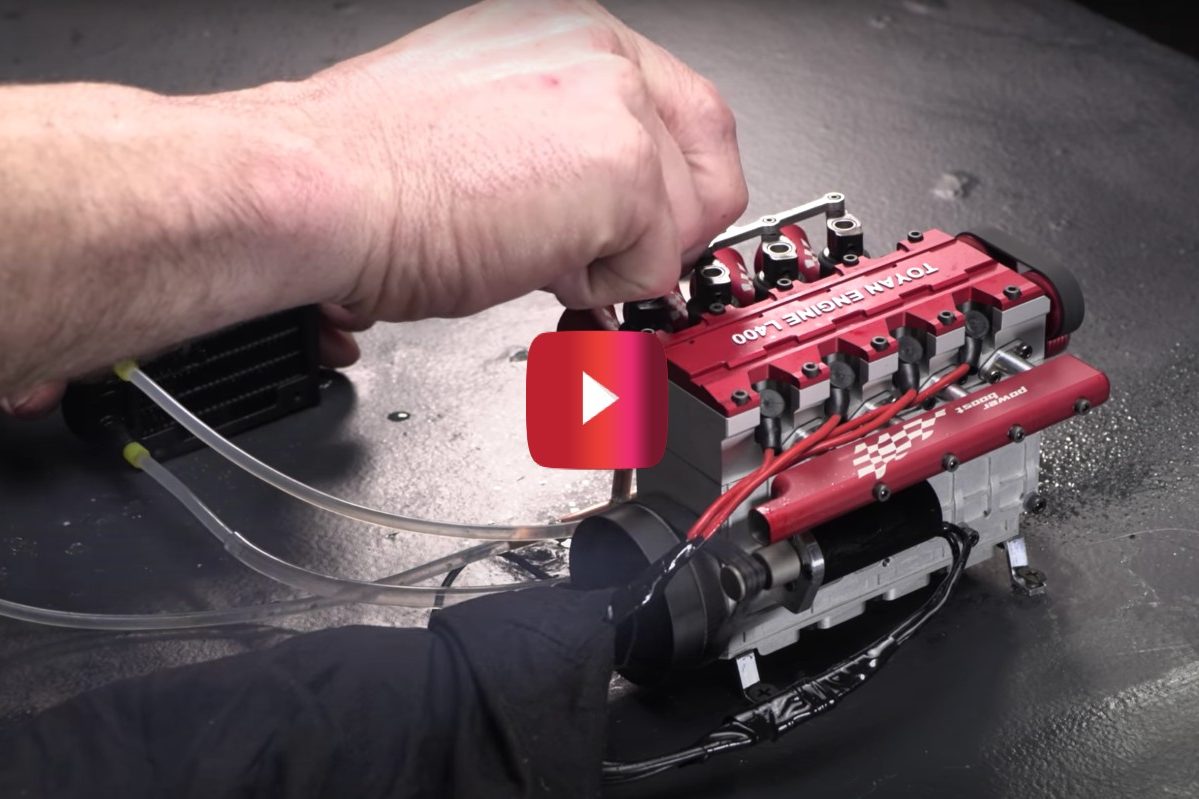 Who doesn’t love a tiny race engine? This thing is a beast, and it can fit in the palm of your hand. Don’t let its size fool you, though, it’s actually producing some respectable power. Throw it inside of an RC car, and you’ve got yourself one ridiculously fast toy.

In the below video from Warped Perception, you can check out the four-cylinder Nitro RC engine in action. What a beauty!

What you’re looking at is the Toyan FS-L400 14cc engine. It’s based loosely on the Toyota 3S-GTE, which is a smaller version of the 2JZ-GTE engine. These are the engines that were put into the Supra lineup, and this Toyan does share a few similarities. Amazingly, it revs to a whopping 13,500 rpm! Just listen to that thing scream. In the world of four-cylinders, it isn’t exactly common to rev this high.

This engine is available for purchase for the price of $800. What you see in the video is basically how it arrives to you once ordered. The main assembly is already finished, however, there are a couple pieces that need to be fitted after unboxing it. Luckily, if you’re not too mechanically inclined, the host goes over exactly how to put the rest of it together so you can fire it up. Along with some clips of it revving, he also includes a shot of a thermal camera at the end, so you can see how the heat is dispersed.

I won’t lie, this engine sounds like it belongs in a mini Formula One race car, and I’m loving every second of it. I can only imagine how fast it could go once you bolt it into an RC car, boat, or airplane. You can always count on Warped Perception to bring a detailed look at an awesome product, especially when it revolves around engines or fast cars. Maybe this will be enough to convince some people that RC vehicles are way cooler than they once were. 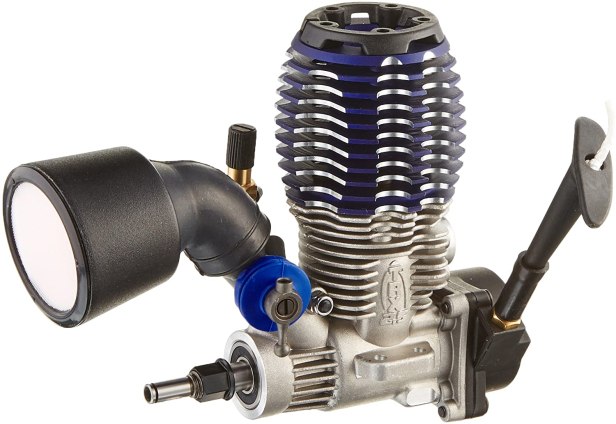