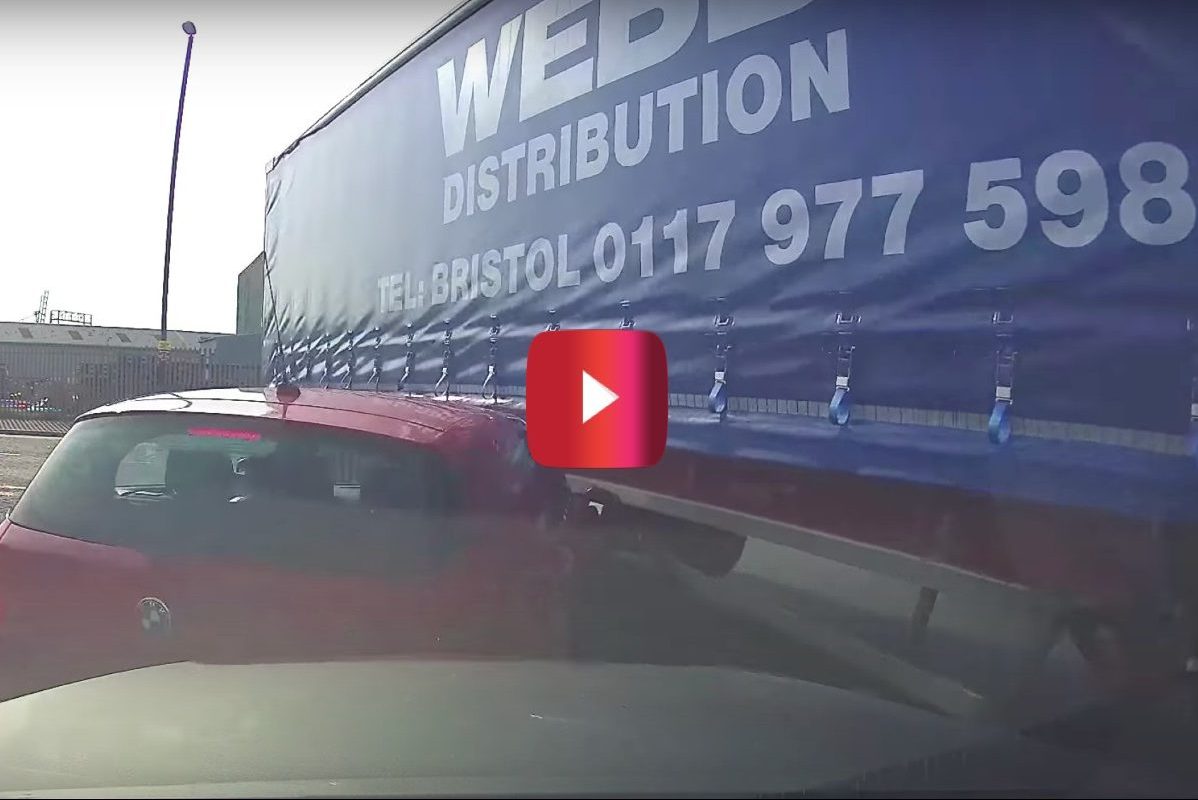 Don’t you just hate it when you’re a truck driver, and you just can’t figure out how to round all those tricky corners on the road? Sure, that’s a pretty specific hypothetical we just laid out, but as you can see from the above video, we’re dealing with a pretty specific situation here.

Hailing from the British suburb of Avonmouth in Bristol, this lorry driver — which is what they call truck drivers in the United Kingdom — goofed up big time. He’s a prime example of just not quite getting what your job is supposed to be and not understanding the skills that are necessary to accomplish your goals. Now, anyone in any career will probably tell you that they’ve had at least a few muck-ups while on the job. But, unfortunately for this guy, his muck-up ended in two cars getting pretty seriously banged up. Plus, the whole debacle was captured on dashcam. Talk about a triple whammy!

Read More: Drunk Driver Drove All the Way Home Without Realizing What He Ran Over

Navigating tight turns with a trailer behind you is something you should probably learn on day one of truck driving. But, hey, mistakes like this can happen to the best of us. Well, and the worst, for that matter.

To be fair, anything with a trailer is a pain in the ass to drive. But, you should probably take your time learning how to drive the truck before you take it to the road. We’re not going to speculate on the disciplinary sanctions that this trucker got hit with following accident, but we imagine they were enough to at least ruin his week.