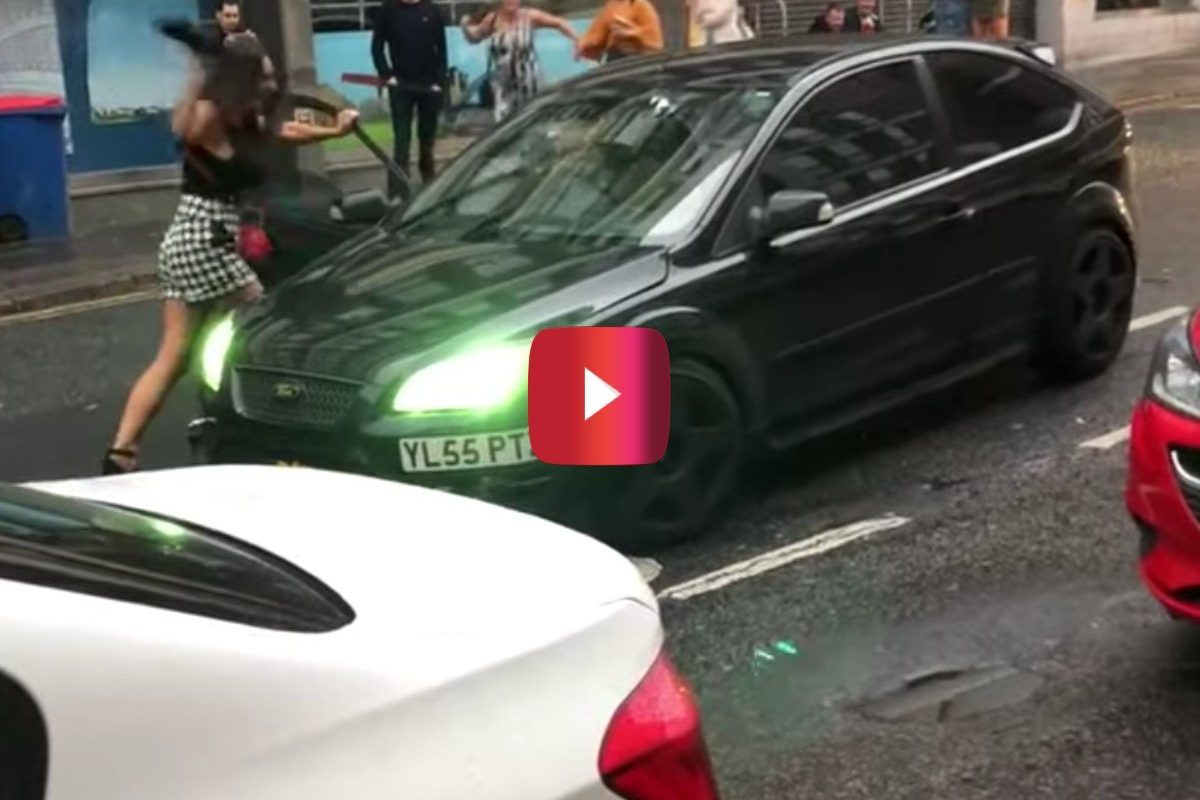 While there are a number of different ways that a road rage incident can unfold (trust us, we’ve seen plenty of them), generally speaking, you can fit a road rage fight into one of any three broad categories: person vs. person, vehicle vs. vehicle, and vehicle vs. person.

Person vs. person and vehicle vs. vehicle match-ups can go either way, depending on the size of the person or the vehicle. However, when it comes to a vehicle vs. person scenario, unless we’re dealing with The Incredible Hulk or something, the vehicle is winning 100% of the time.

That was definitely the case with a wild altercation that went down in Newcastle, England on July 27, 2019. Footage of the fight starts with a clearly pissed off woman unleashing hell on a car’s front windshield with a high heel shoe. The driver then hits the gas, sending the woman crashing to the pavement. But that’s just a small appetizer of the crazy main course that’s to come.

Seconds later, a man, in an attempt to come to the woman’s defense, tries to stop the rogue driver from peeling off. Big mistake. The would-be hero ends up getting hit by the car and absolutely LAUNCHED through the air and damn near broken in half by a lamp post in the process.

Once the video of the incident ended up going viral on social media, law enforcement immediately got involved.

Northumbria Police said it was investigating after receiving reports of a fight “involving a number of individuals” in Groat Market.

The force said in a statement: “Following a disagreement in the street, an offender then entered a vehicle and drove it at a man, knocking him to the floor.

“The occupants of the car then made off from the scene.

“An investigation is ongoing into the incident and officers are now carrying out enquiries to trace those involved.”

Yet another example of why road rage is never worth it.