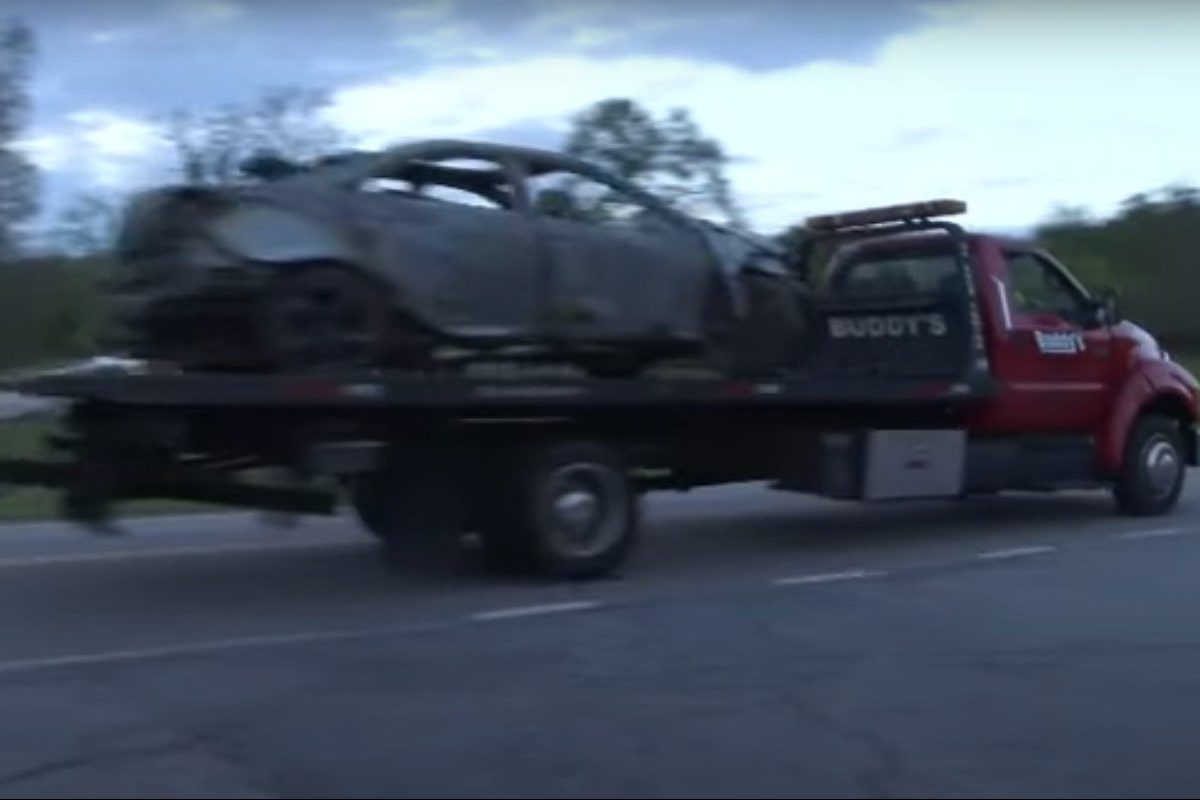 This recent tendency towards hoarding things when there might be a shortage has got to stop. People are literally getting seriously hurt.

Toilet paper is one thing. To date, no one has reported choking on a roll of toilet paper, but still. If you happen to have your own at-home TP fort, hopefully that?s working out for you. The rest of us made it through. Ingenuity and perseverance and all that.

But, this gasoline hoarding is a whole new dimension. In case no one made it abundantly clear to you at any stage in your life, gasoline is a very dangerous chemical. If you put it in an improper container, like a plastic shopping bag, it will very quickly dissolve that particular vessel. If you don?t put a lid on it and sniff too many fumes, you will get a really big headache and some permanent damage. And perhaps most importantly, if it gets really hot, gasoline goes BOOM.

And that?s why this vehicle– formerly a 2007 Pontiac G6 — is now reduced to a burnt-out shell.

According to police in Pickens County, South Carolina, the driver responded to an officer?s attempt to pull her over for stolen license plates by stomping on the gas. She immediately lost control of the vehicle, which then flipped. All of this happened before the officer was able to even radio in the situation.

The incident ignited the hoard of gasoline in the Pontiac?s truck, with multiple explosions reported. The driver exited the vehicle on fire, and the officer attempted to douse the flames by rolling her on the ground. No further details about the woman or her condition have been released.

But, this is just one of many serious incidents fueled by gasoline hoarding (pun fully intended). Between gas station fist fights, trunks full of gas, and reports of inappropriate containers causing very unfortunate injuries, hopefully the public has learned their lesson about the toxic, volatile, combustible nature of gasoline.

Now that the pipelines have been un-hacked and supplies secured, people will hopefully return to normal fuel-purchasing habits. Please?