Maserati Gets Wedged Under Freeway During 100+ MPH Police Chase 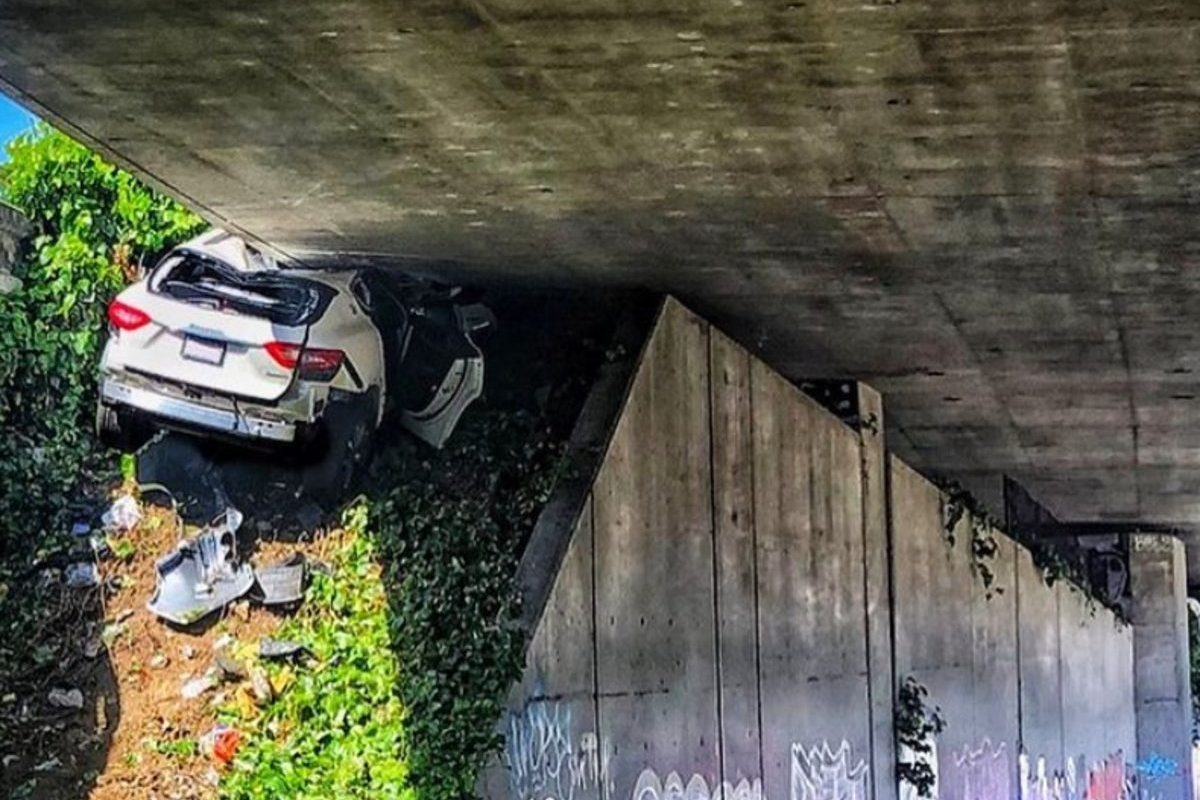 This has to be one of the craziest ends to a police chase that I’ve ever seen. And I’ve seen The Blue Brothers.

Earlier this week, a 32-year-old man fleeing the California Highway Patrol totaled his girlfriend?s Maserati SUV, and when he was finally apprehended by police, he was slapped with a reckless evading charge. Ok, so far, that doesn’t seem too crazy, but it’s how this driver ended up before his arrest that will really get your attention.

You see, he was initially flashed the lights by a CHP officer for speeding, and instead of slowing down, this driver seriously sped up — I’m talking over triple digits. When he tried exiting Interstate 580, he was still going way too fast, so he ended up careening up an embankment and slamming into the underside of an overpass, effectively wedging the car under the freeway.

The words describing the incident don’t really do it justice, so just look at the below pictures from California Highway Patrol Oakland, and see the craziness for yourself.

Read More: Woman Plows Through Liquor Store, and It?s a Miracle No One Was Killed

“It was a short-lived pursuit,” Officer David Arias, a spokesperson for Oakland CHP, told SFGate. “He didn’t make it far before he exited and as soon as he exited, instead of going straight, he veered left, went off the ramp and then went up the embankment and collided with the underside of the freeway.”

“It’s unbelievable that he didn’t die,” Arias added. “It’s crazy that he lived.”

As it turns out, the driver did complain of pain and was taken to a hospital following the crash. Whether that was just a ploy to plan his escape, who knows? But, as Officer Arias said, it’s completely nuts that this reckless driver lived to tell the tale. Now, imagine him explaining this whole situation to his girlfriend…