Woman Gets Thrown From Car During South Carolina Police Chase 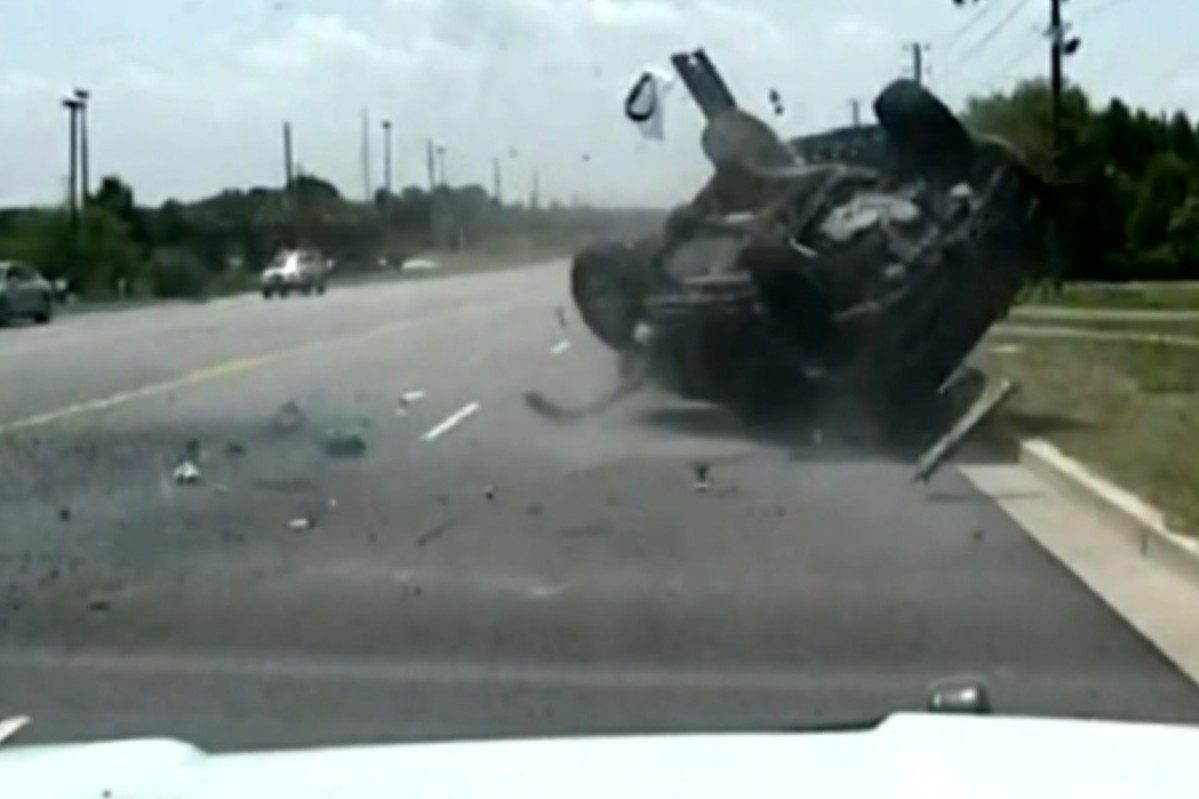 Being on the wrong end of a police chase is never a good idea. If police officers try to pull you over, it’s 99.99% a good idea to find a good spot to pull over without pulling any sort of funny business.

HOWEVER, if you just so happen to be one of those people who ill-advisably finds themselves taking local law enforcement on a little fast and furious highway excursion, you should probably, at the very least, be proficient enough of a driver to not seriously wreck your vehicle. The one thing worse than being a suspect in a high-speed chase is completely totaling your car during said high-speed chase.

Unfortunately for her, this Florence County, South Carolina woman not only wrecked her SUV during a police chase, but ended up flipping it over several times, getting ejected from her car in the process. The whole thing was captured on dashcam video, and it’s one of the craziest endings to a high-speed police pursuit you’ll see.

The incident occurred on July 12 when deputies attempted to stop the driver, identified as 22-year-old Brittany Nicole Jeffords, for a traffic violation on North Cashua Street, but she refused to stop, according to information from Deputy Chief Glenn Kirby with the Florence County Sheriff?s Office. At one point, the suspect stopped the vehicle in a parking lot where a man exited the car and was arrested by deputies before she sped off, officials say.

The chase continued onto Black Creek Road and the TV Road area where it ended when Jeffords flipped the SUV and was ejected from the car. She was transported by Florence County EMS to a local hospital.

As mentioned before, it’s never worth it to run away from the cops, but judging from this South Carolina woman’s fairly tame charges all considering — two counts of failure to appear, driving under suspension and failure to stop for a blue light — we’re going to go ahead and assume that it was doubly not worth it in this case.

WATCH: Lisa Kelly Is a Badass on ?Ice Road Truckers?