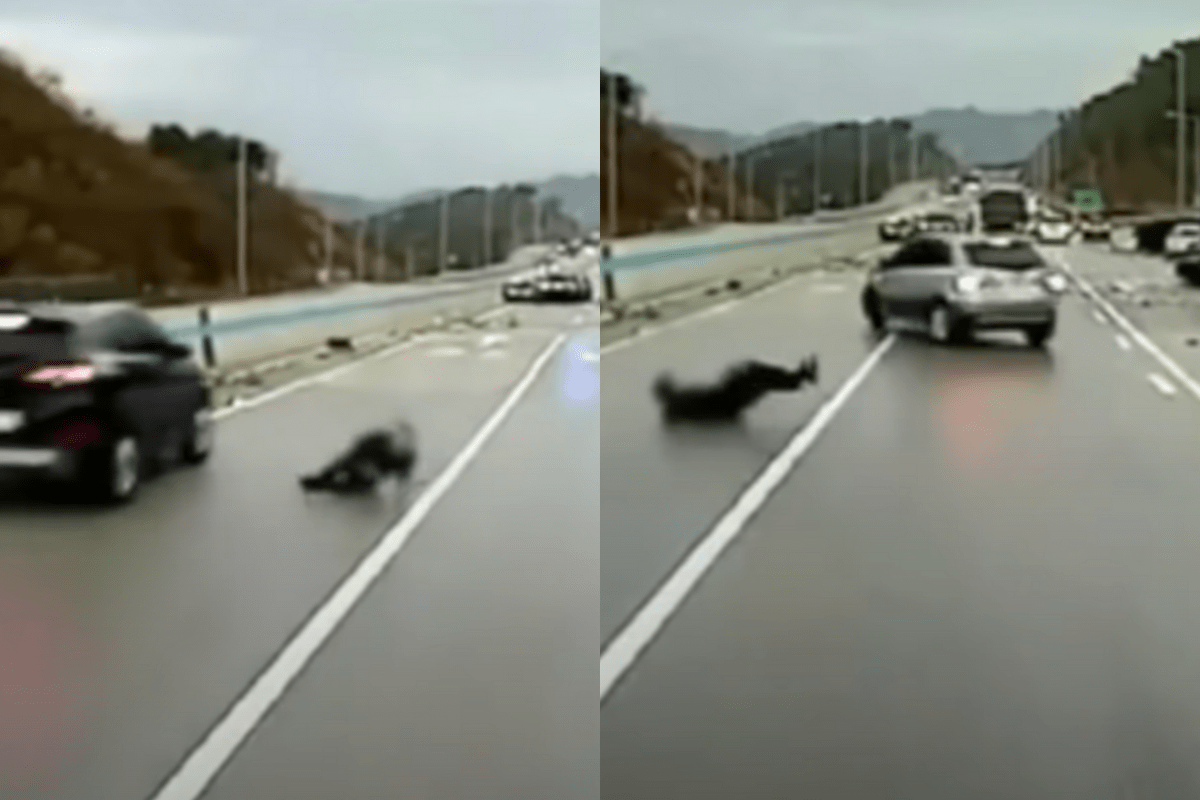 It’s one thing to escape death or serious injury once. But, to do it twice in mere seconds? That just means that someone must be watching over you.

Back in November 2019, dashcam footage captured a man in South Korea attempting to warn drivers about a multi-car pileup caused by icy road conditions. While he stood in the road and tried waving down incoming cars, the would-be Good Samaritan must not have taken into account the rapid speed the vehicles would be moving at. Couple that with the black ice, and they didn’t have much time to slow down.

At around the 1:38 mark in the below compilation of winter weather accidents, you can see the moment where the man narrowly dodged not one sliding car, but two. Talk about some close calls!

According to RT, “the pile up was caused by patches of notoriously dangerous black ice, which South Korean media refer to as ‘road mines,’ at the intersection of the Dongyangpyeong Expressway and the Gwangju Wonju Expressway near the capital, Seoul.”

When it was all said and done, 21 cars were involved in the pileup, which only took around 30 minutes to unfold. Three people were reportedly seriously injured in the incident, among them an 87-year-old woman.

This all goes to show how dangerous it can be to drive during cold weather conditions, especially when you’re dealing with seemingly invisible black ice. Of course, you should exercise caution out on the roads regardless of the weather, but let this serve as a warning to take special care when driving this winter season. You never know what sort of dangerous situations you might find yourself in. Be safe out there, y’all!