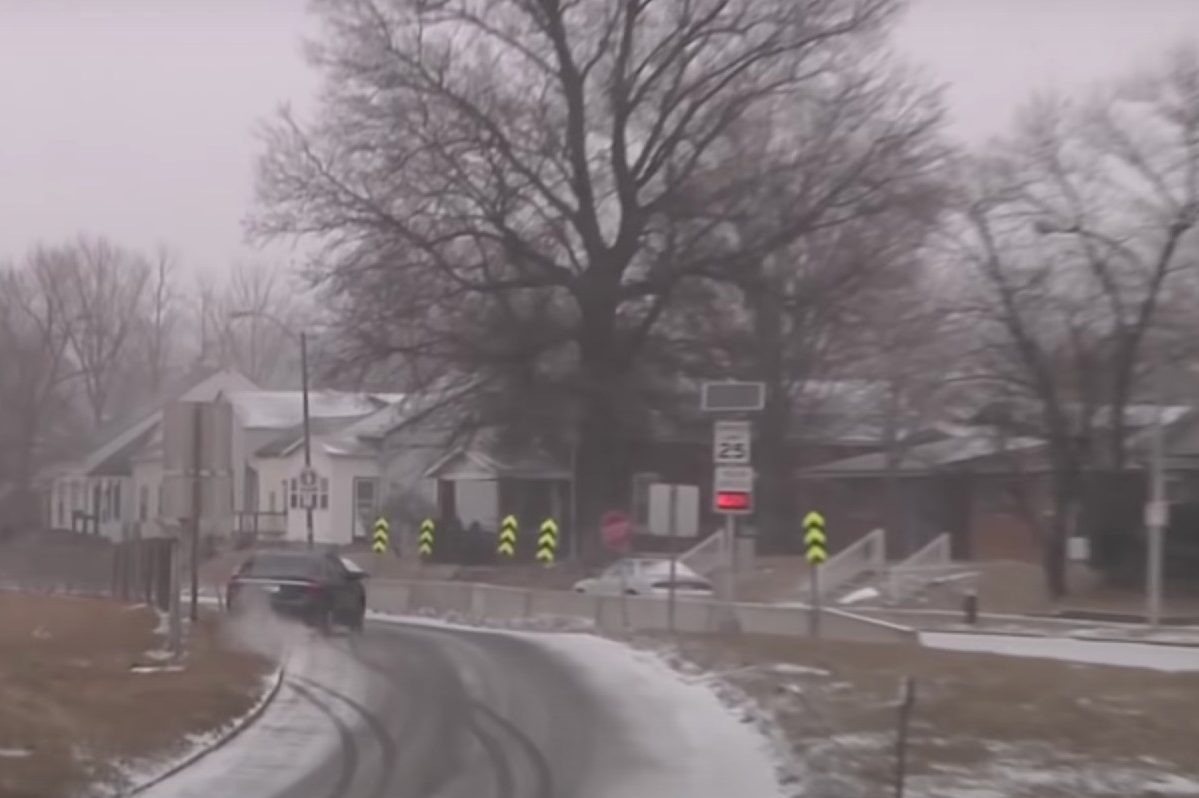 With the ability to participate in fun activities like snowmobiling, skiing, and ice skating, winter weather may have some perks. But, when it comes to making that morning or evening commute, it can make for an absolute nightmare. While snowy roads make driving hard enough, it’s that sleek and practically invisible ice that can turn the slightest of turns into a deadly accident.

In the below video compilation, you can watch cars and trucks glide across icy highways, blast into incoming vehicles, and spinout along snowy embankments. The footage was compiled by Dan Robinson, whose career covering intense winter weather as a freelance news cameraman spans 20 years.

It shows more than 60 intense slides and spinouts, including one (at the 1:05 mark) that shows a black compact sedan even blitzing off the highway up a narrow, winding single-lane exit. The driver maintains near-perfect control, before blasting some road signs off their hinges and almost running into some houses in the process. Scary stuff!

Read More: This Russian Girl Tried Cannonballing into a Lake, but Then Ended up Regretting it Big Time — Check out the Painful Fail

Just by looking at the compilation as a whole, you can tell that some of the drivers are wildly neglectful of the rules of the road. Needless to say, it’s never a good idea to run an excess of 45 MPH on icy roads.

Fortunately, many of the drivers don’t have to deal with other vehicles being close by, which allows them to spin from exits to the far lane with ease, slamming into concrete barriers and side walls with sheet metal flying in all directions. Sure, it’s still not the best way to end up, but better than causing a multi-car pileup.

With the compilation having more than 13 million YouTube views, let’s hope viewers get the message to drive safely this winter season.