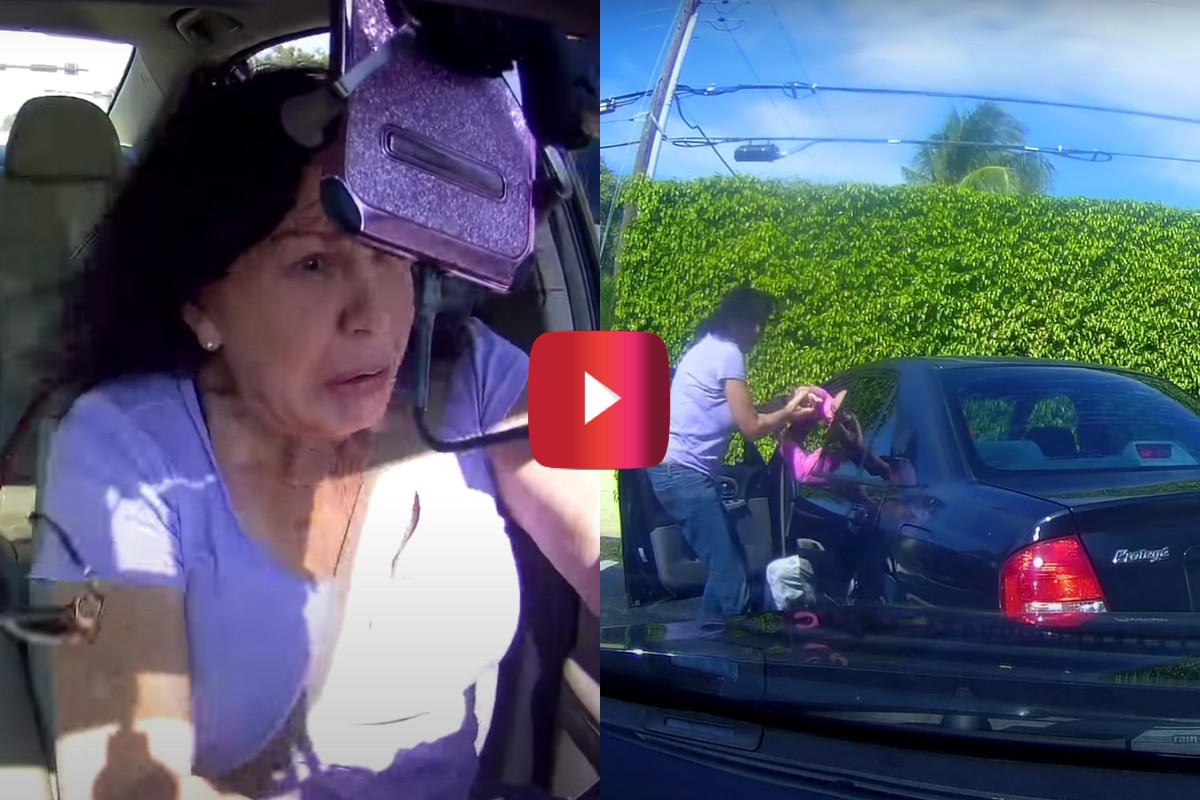 When it comes to hit-and-run incidents, everyone handles the situation differently. Some folks are non-confrontational in their reactions, content in letting the cops sort everything out. Others aren’t as willing to wait for law enforcement to show up and would rather take matters into their own hands rather than risk the prospect of any would-be offenders getting away.

One Fort Lauderdale, Florida woman falls in the latter category, and thanks to her two-way dashcam, we got to see a whole bunch of angles of her going full vigilante on a woman who crashed into her and tried fleeing the scene.

“I was T-boned by a lady while I was heading south on Dixie Highway. As I’m an Uber and Lyft driver I drive with a two-way dashcam. After she hit me I got out to talk to her but she started taking off resulting in me ending up on the hood of her car. Even though I was already feeling pain from this accident I jumped back into my badly damaged car and chased her down and trapped her in a parking lot for the police.”

Read More: Check out the Florida Man Who Has a Wild Way of Keeping Cool with Monstrous Aftermarket A/C System

Now, judging from the way that the dashcam driver includes the phrase “ending up on the hood of the car” in the description, you’d think that it happened as a result of the hit-and-run driver taking off rather than our protagonist literally climbing onto the hood of the car. Semantics.

Would I recommend doing what the Florida woman did in this situation? Probably not. Do I respect it? Definitely. Snatching someone keys away is a BOLD move for sure, dangerous as hell, but effective in keeping a clearly reckless driver from causing any more accidents. All in all, probably not the worst of decisions. That tramp stamp, on the other hand…