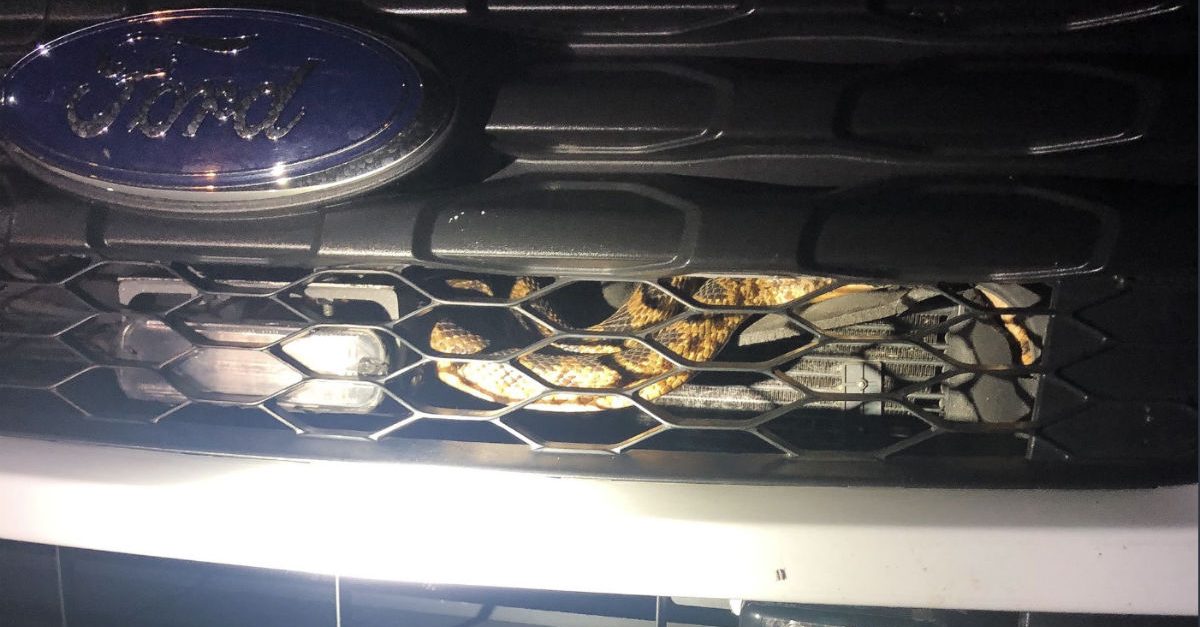 Police in Park Forest, a Chicago suburb, spent 30 minutes removing a snake from the engine of a patrol car Wednesday night.

Chief Chris Mannino and another officer stopped their car when they spotted the 3-foot-long (0.9 meter) snake in the road. But the slippery serpent didn?t surrender; it escaped under the car and into the engine area.

Last night Chief Mannino did a ride-along with Officer Walden for a few hours. It might be a long time before Chief Mannino decides to do another ride-along. #ParkForestWildlife #snakesinasquadcar #thatsthebiggestwildsnakeweveseen #notmyjob #someonecallazoologist #nope pic.twitter.com/QHSa0RH7WG

Mannino says he finally was able to grab the snake behind its head and safely remove it. After police posted photos on Twitter, readers recognized it as a snake that?s native to northern Illinois.

The snake wasn?t in custody for long. Police released it in a nearby forest.