Trailer Detaches From Truck and Turns Into Battering Ram 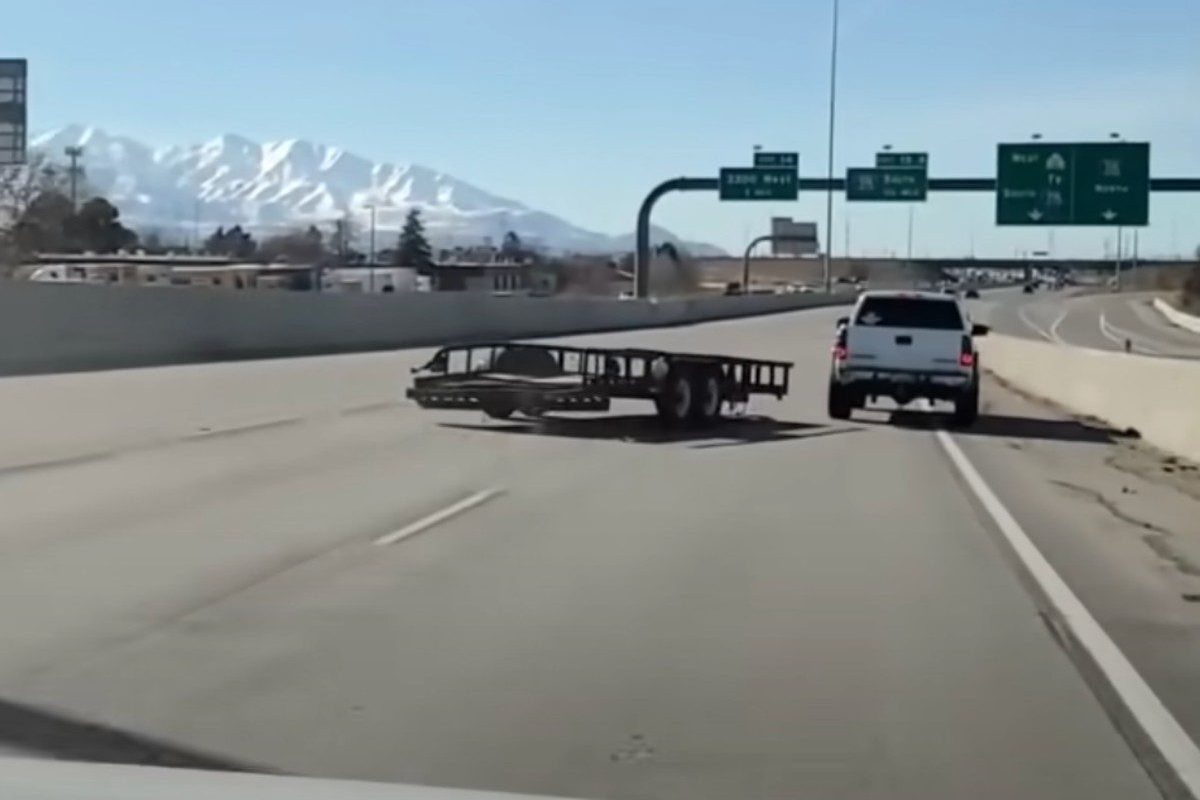 You really never know what crazy situations you’ll witness while driving on the highway, and this video is yet another example of why, as a driver, you always need to keep your head on a swivel — and, if you have one, your dashcam turned on.

Footage from out of Salt Lake City, Utah showed the moment that a detached trailer turned into a battering ram of sorts, smashing into the truck that it was formerly attached to and hitting a highway barrier on its way out. Hey, at least the baby in the back seat seemed to have gotten a kick out of the whole thing.

“While driving on the freeway we noticed sparks coming off a truck pulling an empty trailer to the left of our vehicle,” wrote the driver who captured the whole thing on dashcam.

Now, since the clip is only 26 seconds long, and we see things sort of in the middle of the incident, there are at least a couple unanswered questions here. How’d the trailer get detached? Was there anything inside the trailer that went flying into the road as a result of the accident? Was the owner of the pickup an inexperienced tower, or did some sort of flukey malfunction happen with the trailer setup?

These are all questions we’ll probably never get the answers to, but hey, they we needed to ask them.