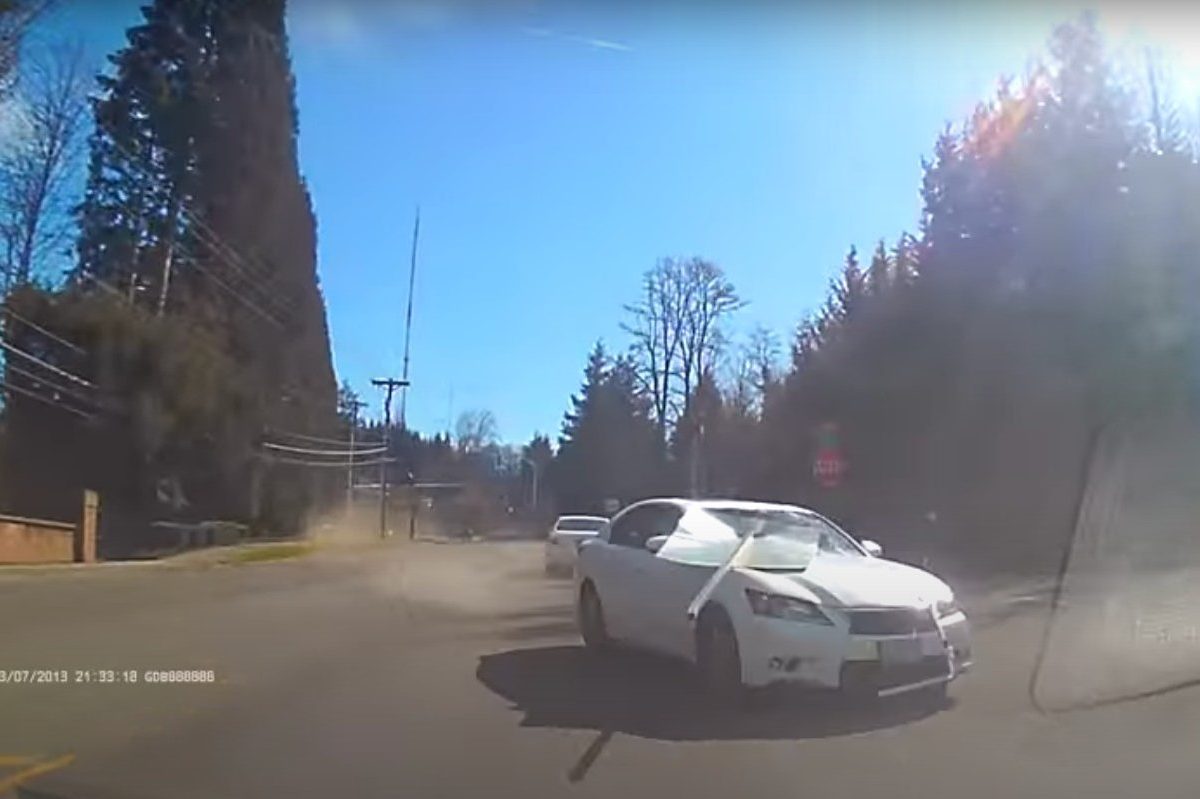 Nothing can ruin a peaceful drive on a nice day quite like being face-to-face with a potential car crash situation. One second, you’re just cruising along, listening to the radio, head probably in the clouds, and the next, your defensive driving instincts switch into gear as you’re forced to make a split-second decision that will either result in you dodging disaster or having a completely totaled ride on your hands.

As you can see from the above video, one Oregon driver came awfully close to getting epically wrecked by an out-of-control driver, but missed that terrible fate by mere inches.

Here’s how the whole thing went down, according to the fortunate crash avoider.

“I was driving home on Barnes Road from Beaverton to downtown Portland,” reads the video’s description. “I came around a bend and saw the white car driving down the sidewalk. I barely braked enough to miss it and it hit the embankment, flipping next to me. Police say she was taken out on a backboard, but that is the only information I have on the driver. It seemed like a medical condition where she had lost consciousness and just mashed the gas until she flipped the car.”

Read More: This Michigan Woman Nearly Killed Someone When She Absolutely PLOWED into a Liquor Store

Now, judging from the sign that’s plastered over more than half of the front windshield of the oncoming car, the woman behind the wheel already had at least one accident under her belt when she came in hot, almost sideswiping not one, but two cars, before flipping her own car. Scary stuff, no doubt.

Hopefully, the woman ended up all right in the end, because these sorts of fluke accidents unfortunately happen all of the time and can end pretty tragically.