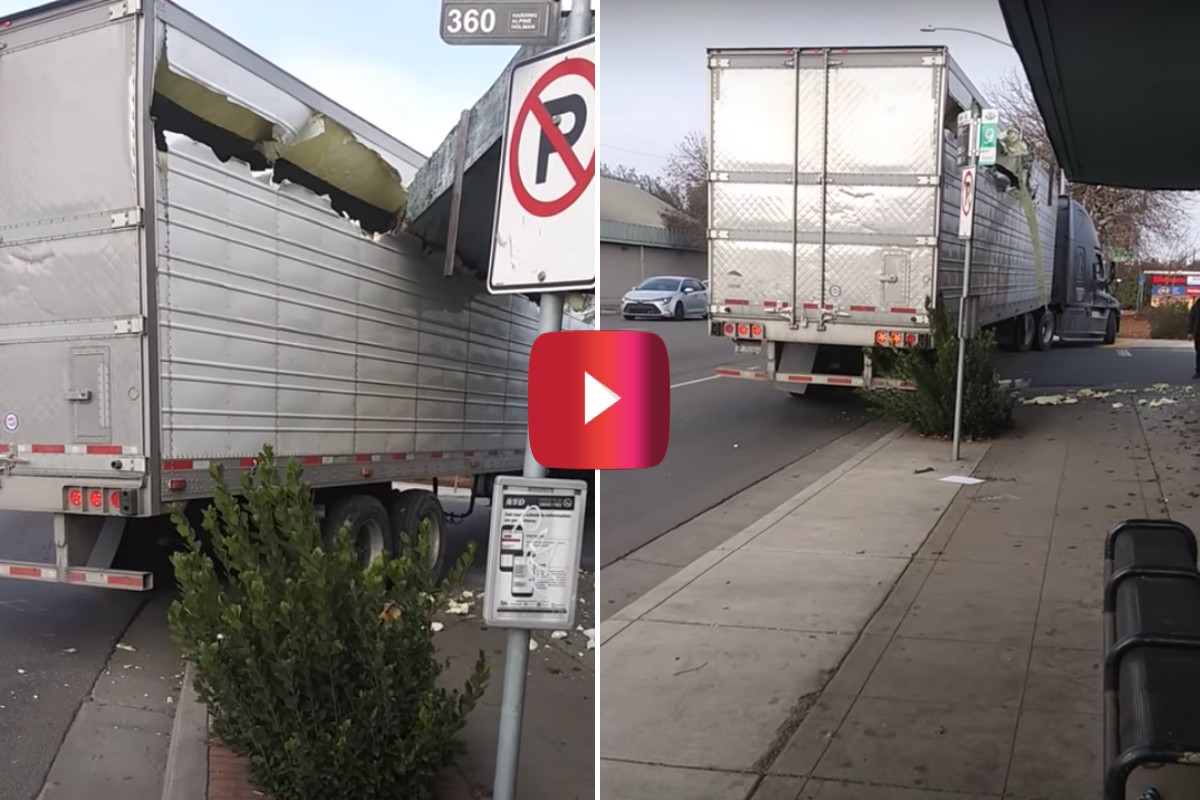 If you’re a truck driver or know anyone who is, you know that a good day on the job can turn into a bad one real quickly. This driver right here experienced one hell of a bad day in Stockton, California.

After attempting to turn into a parking lot, his trailer hits the awning, puncturing through the side and keeping him stuck there for quite some time as he worked his way out. You’ve got to see this absolute disaster.

Of course, with a turn this sharp, the trucker really should have swung out way wider than he did. Unfortunately for him, he realized his mistake after the awning took out half of his trailer. As the video starts, we see him going back and forth trying to get the right angle to escape the stuck awning. I don’t want to make assumptions, but this guy really doesn’t seem like he should be behind the wheel of a big truck.

The guy filming, and a few others observing the incident, have a few words for the driver, but they stand back and let him try and figure it out on his own. I’ll admit, I did have my doubts, but after a couple minutes of wiggling back and forth, he does actually manage to free himself after taking out an additional street sign. Then again, he’s still got a gaping hole in the side of the trailer now. I don’t think his company is going to be too thrilled about this one. If he’s lucky, they’d send him back to training, but this is the kind of thing people lose jobs over.

The video ends after he gets free, but apparently this driver took off down the road as if nothing had even happened after the fact. Those 53-foot trailers are not easy to maneuver around the city, so it’s important to be extra careful when pulling one.