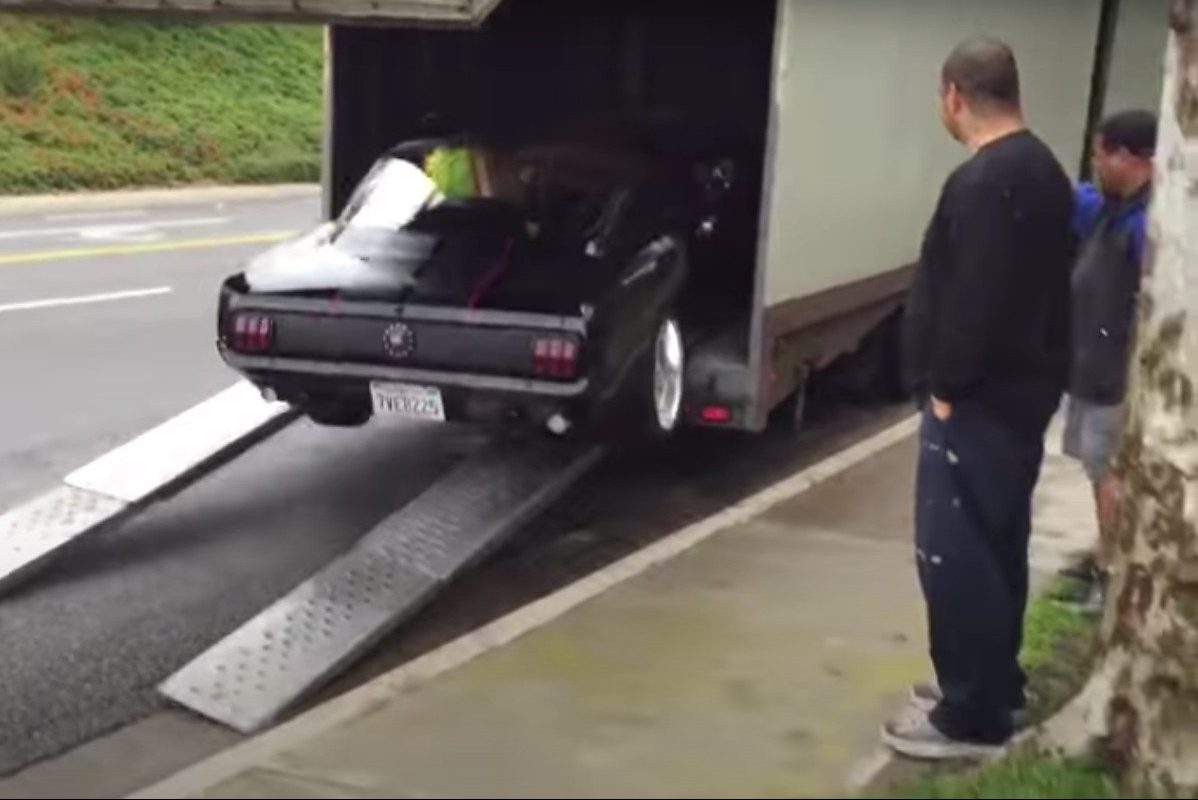 If you own a classic 1965 Mustang in absolute mint condition, don’t let the moving guy load it onto the trailer.

You’d think that would be a no-brainer, but sadly this driver learned his lesson the hard way. Watch the video, and you’ll see the moving guy almost made it, too. How could he mess this up?!

Now, how did this whole loading mishap go down? Let’s hear it from the unfortunate Mustang owner himself:

“Purchased a show-quality car from a great builder in California,” the owner writes. “THEN this fool from Dependable Carriers apparently tries to drive stick for the first time as he fails to load my baby on the carrier.”

“The driver is the trucker. He revved the hell out of it. Then, after he had already gone off the rails, he CONTINUES to rev the engine. Later he said, “Well, the last time this happened I was able to get it back on the rails.” The last time?!?!?! You can hear the builder yelling ‘Whoa!!!'”

“Then… the trucker who drive this thing into the side of the carrier disappeared with my car! I have REPORTED THE CAR STOLEN and at this moment we aren’t even entirely sure where the car or he is!”

Fortunately, the story doesn’t just end there. Apparently, the trucker ended up coming back around a week later and claimed that the car was in perfectly good condition, but wouldn’t let the owner inspect it. Eventually, the owner called the police — rightfully so, since the moving guy straight-up wrecked and stole his car — and said that “the truck driver is hopefully facing criminal charges.”

He didn’t include another update after that, but given the severity of the situation, we’re guessing the truck driver was, at the very least, fired.

WATCH: Lisa Kelly Is a Badass on ?Ice Road Truckers?