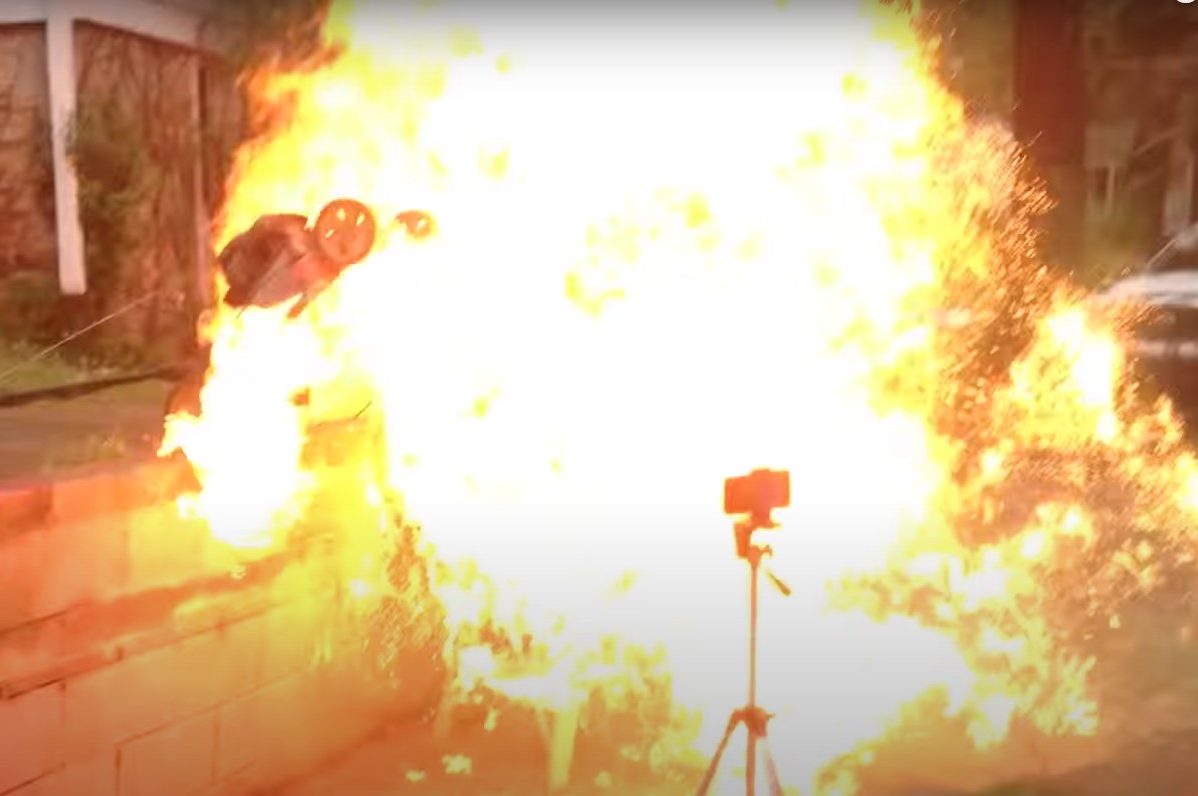 Judging from the name alone, “Arts and Crafts with Uncle Rob” seems like a harmless enough program. Maybe a show you’d see on PBS or something like that. But, don’t be fooled by the name. What they do here is less Bob Ross, and more Jackson Pollock meets Michael Bay.

For a video back in 2016, YouTuber Uncle Rob tested what happens when you throw spray paint into a running lawnmower. Let’s just say, this little experiment yielded seriously explosive results. But, you probably already knew that.

To kick off the video, Rob jokes that this is “a great arts and crafts project to do with your kids.” As you can see from the end result, it’s not. It’s definitely not. Unless you want your kids to be crazed pyromaniacs with singed-off eyebrows. In which case, to each their own. You do you.

This whole project was clearly a fourth time’s a charm type deal. On the first attempt with the black can, we get a decent amount of spatter, but not much else. On the second attempt with the orange can, there’s a little bit of flame. Third attempt with the gray can ends in just a cloud of paint. Yawn!

It’s attempt No. 4 with the green can that creates a fireball of epic proportions, completely enveloping the lawnmower and burning a massive hole right through the easel. A foot or two closer, and the dude in the Darth Vader mask would’ve been burnt toast. But, hey, that’s the price you pay when you do “Arts and Crafts with Uncle Rob.”