Lawnmower With V8 Engine Is a Rumbling Beauty 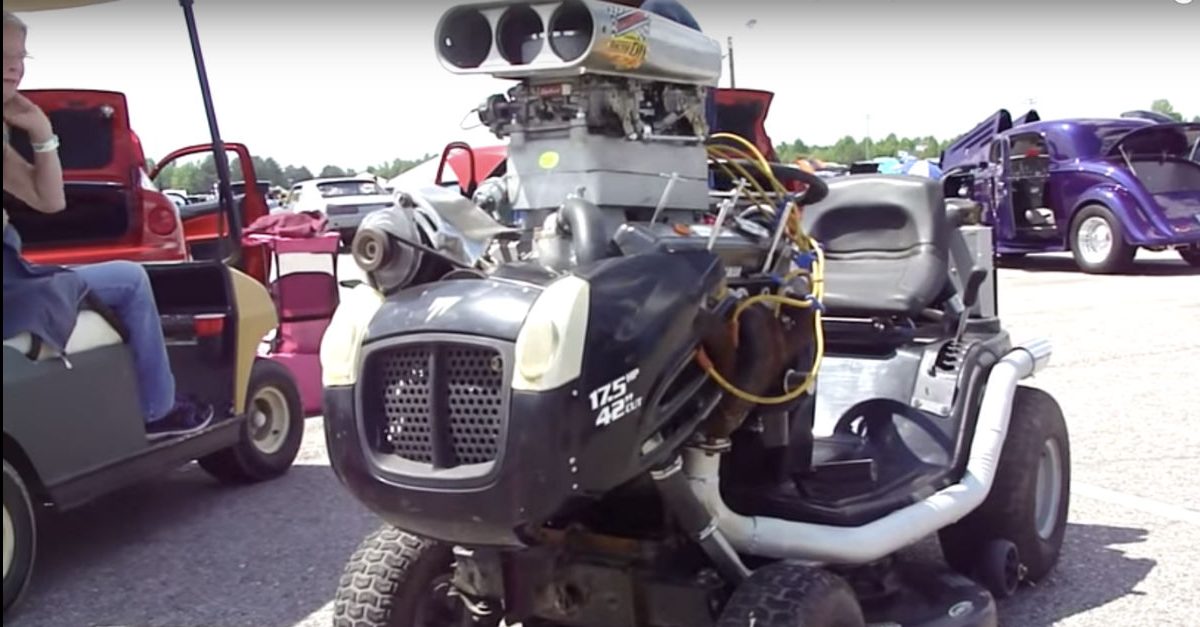 The whole V8 engine strapped to a lawnmower experiment is nothing new. We’ve seen plenty of folks with engineering savvy do it over the years. Yet, every time we see a lawnmower sporting a hulking V8, it’s impossible to not get ridiculously fired up about it. I mean, just that sound alone. It’s a beautiful thing. Almost brings a tear to your eye.

Back in 2014, a souped-up mower with a 350 small block Chevy V8 made an appearance at the VMP Super Chevy show in Virginia. There’s almost more ‘Murica in this thing than one machine can handle. Red, white, and badass.

Now, it would’ve been a lot cooler if we could’ve seen this mower actually go out for a test drive, but I guess we’ll just have to settle for the incredible rumbling sound of that powerful V8. If this doesn’t get you motivated to get started on a DIY project of your own, I don’t know what will. Check it out!

Hot damn. I don’t know what it is about tricked-out lawnmowers that feels so inherently American, but there’s something about them that brings out the patriot in all of us.

Just the sound of that V8 alone makes you wanna shotgun a beer, salute the flag, and belt out “America the Beautiful” while a bald eagle flies over a sun-kissed mountain peak and lets out a defiant screech. Oh, and then you gotta have some fireworks and a couple cannons firing off in the distance for the finishing touch. From sea to shining sea, indeed.