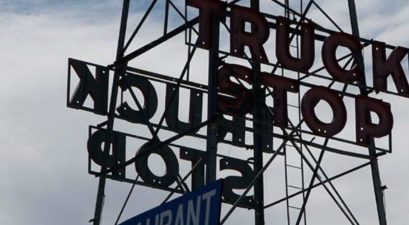 5 Texas Truck Stops Everyone Should Visit

Thomas Barker is no stranger to pulling off impressive feats of country-style engineering. Several years ago, the farmer outfitted his riding lawnmower with a massive Chevrolet big block engine, and this thing is as badass as it gets. I mean, this turbo lawn tractor is closer to a race car than it is to a piece of lawn equipment. Needless to say, you wouldn’t want to cut your grass in this thing. Unless, you like the look of a shredded up front yard.

Back in 2014, Barker took his Chevy-stuffed mower for a test drive, and thankfully, he was kind enough to take us along for a ride by recording the whole thing and uploading it to YouTube. We get a pretty great look at the mower’s power and speed, as Barker really opens up the throttle on this bad boy. Just listen to how it sounds in the above video. That’s music to our ears!

Folks have definitely been big fans of Barker’s creation, as his road test video racked up nearly 5.5 million views on YouTube alone. Due to its popularity, Barker decided to celebrate big view count milestones via Instagram updates.

Barker — who uses his souped-up mower to give demonstrations and make appearances at local auto shows — definitely crafted himself quite the beauty!