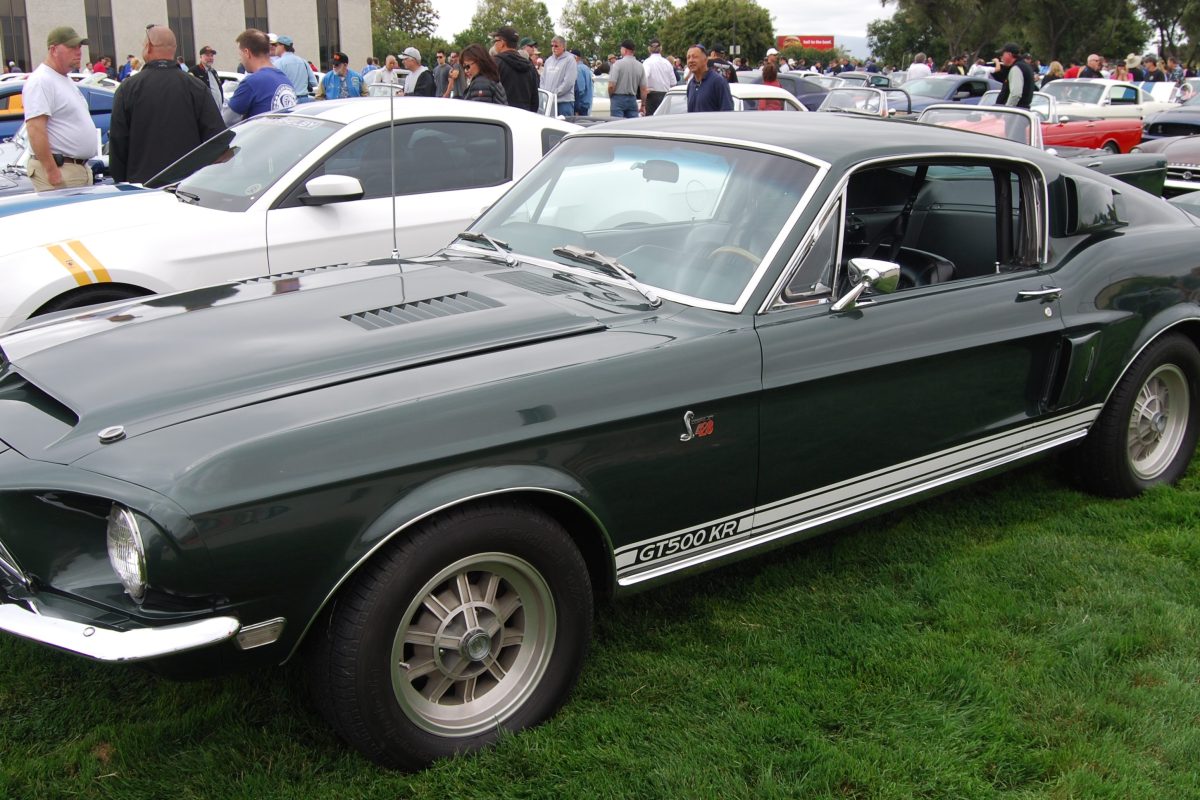 You lay there late at night thinking about it. You can?t get it off your mind. It?s lean. It?s fast. It?s elegant. It’s sexy. You can almost smell it. You picture yourself gripping it?s curvature tight. Your leg twitches with imagined anticipation.

That?s right, we?re talking about…10 cool cars you?ve fantasized about driving! From supercars and sports cars to classics and luxury cars, here are some of the coolest cars in the driver-verse.

When we talk about fantasy Mustangs, it?s hard to compete with the American made 1968 Ford Mustang Shelby GT500KR. This iconic model has been rocking onlookers to their core since it first hit the market, so we?re sure you?ve thought about it at least once in the last 40 years or so.

If you were behind the wheel of this monarch two-door Ford Mustang GT, you?d have 335 horsepower at your disposal and an army of 440 pound-feet of torque coming together for a max speed of 140 mph. Ahhh, it feels good to be king —we would assume.

Right about now, we?re all imagining ourselves behind the wheel of a 2020 Supra. This peak of Toyota performance is set to be an affordable speed demon with styling to match. The 2020 Supra is a collaboration between Toyota and BMW based on the platform of the Z4.

Thanks to the turbo 3.0-liter inline six-cylinder engine, the 335 horsepower Supra can go from 0-60 in just 4.1 seconds. So why just fantasize? The Toyota Supra doesn?t come out until the end of this month of July.

Of the first generation of Camaros, the 1969 update has the sportiest styling. The 1969 Chevy Camaro was the only model with a V-shaped grille and deep-set, aggressive headlights. It also included several other improvements such as new, wider sheet metal panels. 206 units of this model were also fitted with Corvette breaking system for improved performance.

Only 20 Mercedes-Benz CLK GTR Coupe?s were made, and the exclusiveness only makes us want this supercar more. The CLK GTR can go from 0-60 in 3.8 seconds before continuing on to a max speed of 214 MPH. The Mercedes-Benz CLK GTR coupe also earned itself a spot in the Guinness Book of World Records for the most expensive production car ever made at about $1.5 million USD.

When it comes to styling, it?s hard to picture yourself in a more aesthetically appealing Honda than the S2000 Ultimate Edition. Coming only in Grande Prix White, graphite alloy wheels, and a red leather interior, if you haven?t fantasized about this Honda before, you are now!

Read More: 6 of the Fastest American Muscle Cars from the ?60s, Including the 1966 Chevrolet Corvette Stingray 427

The Datsun Hardbody is an undeniable iconic model. Despite having been discontinued, they aren?t that rare, so you probably see them on the road fairly often. If you?re like us, every time you see one you think about how good you?d look behind the wheel.

With 602 horsepower and 413 ft-lb of torque, the Audi R8 can get from 0-60 MPH in just 3.2 seconds. The only downsides to the R8 Coupe are the $169,900 USD price tag and the fact that it might be difficult to drive with your internal organs flattened against the driver?s backrest.

If you follow the show Top Gear at all, you know that the Volkswagen-made Bugatti Veyron Super Sport was the BBC show?s Car of the Decade, and you probably haven?t stopped fantasizing about it since. In case you needed another reason to get rich, the all-wheel-drive mid-engine Bugatti Veyron Super Sport holds the Guinness World Record for the fastest street-legal production car at 267 MPH.

You?ve probably heard about this beast of a Dodge Challenger. If so, it?s hard not to imagine yourself zipping along with 797 horsepower. On the off chance that you need to outpace an actual cat from hell, you?ll be able to get to 60 MPH in 3.4 seconds with a max speed of 203 MPH.

When it comes to Porsches, there are tons of iconic options to fantasize about. With its unique styling, racing speeds, and status as a classic, the Porsche 550 is certainly worthy of your mental space. It?ll probably have to remain a fantasy, though, as only 90 of these beauties were ever produced.

Similarly, the Jaguar E-Type beats out some stiff competition to claim the title of most iconic Jaguar. The E-Type (as well as most Jaguars) are known for needing frequent maintenance, but, man, do they look good. And if the E-Type was good enough for Enzo Ferrari, who once called it ?the most beautiful car ever made,? then it?s good enough for your fantasies, too.

Wrapping up, if there are any cool cars that you feel should have been included on this list, make sure to share your opinion with your social media friends or even give us a shout on Facebook.

Read More: This Is the Last 1969 Pontiac GTO Convertible Ever Made