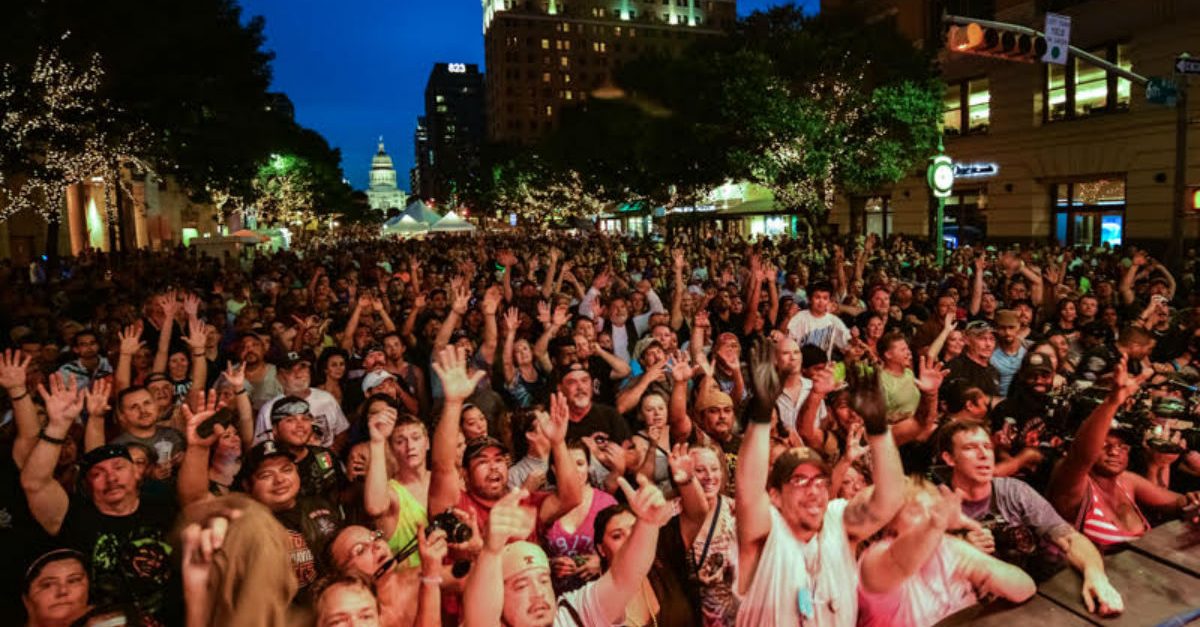 For a few days in June, Republic of Texas Motorcycle Rally will take over Austin, Texas. For its 25th anniversary, and first year under new ownership, the largest motorcycle rally in Texas is coming to the Travis County Exposition Center from Thursday, June 11 to Sunday, June 14.

It’ll be a few fun-filled days celebrating “live music, custom rides, and motorcycle lifestyle.” This event has everything. We’re talking a biker rodeo, hundreds of motorcycle vendors, daily tattoo contests, a military tribute ride, and even a motorcycle acrobatics show. There will also be a ton of live music acts, with Steve Miller Band, Blackberry Smoke, and Artimus Pyle (of Lynyrd Skynyrd fame) headlining.

Sound like something right up your alley? Head on over to www.RotRally.com for individual day passes or full festival passes.

Since its inaugural event in 1995, the Republic of Texas Rally has showcased some of the most iconic artists in the United States, including Willie Nelson, Hank Williams Jr., Charlie Daniels, Waylon Jennings, and Jerry Lee Lewis. This year, Southern rock group Blackberry Smoke will headline Thursday night’s show, while former Lynyrd Skynyrd drummer Artimus Pyle will headline Friday night. The event’s main headliner, the Steve Miller Band, will perform Saturday.

The famous central Texas bike rally has been held each year at the Travis County Expo Center. On Friday night, the city of Austin blocks off downtown for a huge street party on Congress Avenue, which has drawn as many as 200,000 people over the years.

This year’s event, sponsored by Harley-Davidson and Geico, may look a little bit different than previous years. In 2019, the Republic of Texas Motorcycle Rally was purchased by Derwood Productions. Luther Cory Moore, the founder of Derwood Productions, is hoping for a more family-friendly environment.

“The original owners were looking for a passionate motorcycle-lover to help start a new chapter for the iconic event, and I saw this as an amazing opportunity to continue the legacy while pushing it into a more inclusive and diverse experience,” Luther Cory Moore, founder of Derwood Productions, said in a press release.

“I am also using this opportunity as a special way to pay tribute to my father, who instilled in me the passion for motorcycles. Our team couldn’t be more excited about the future of the rally, and we look forward to celebrating the 25-year anniversary this June with friends and family, as well as both past and new attendees alike. Make sure to come out this summer and support.”