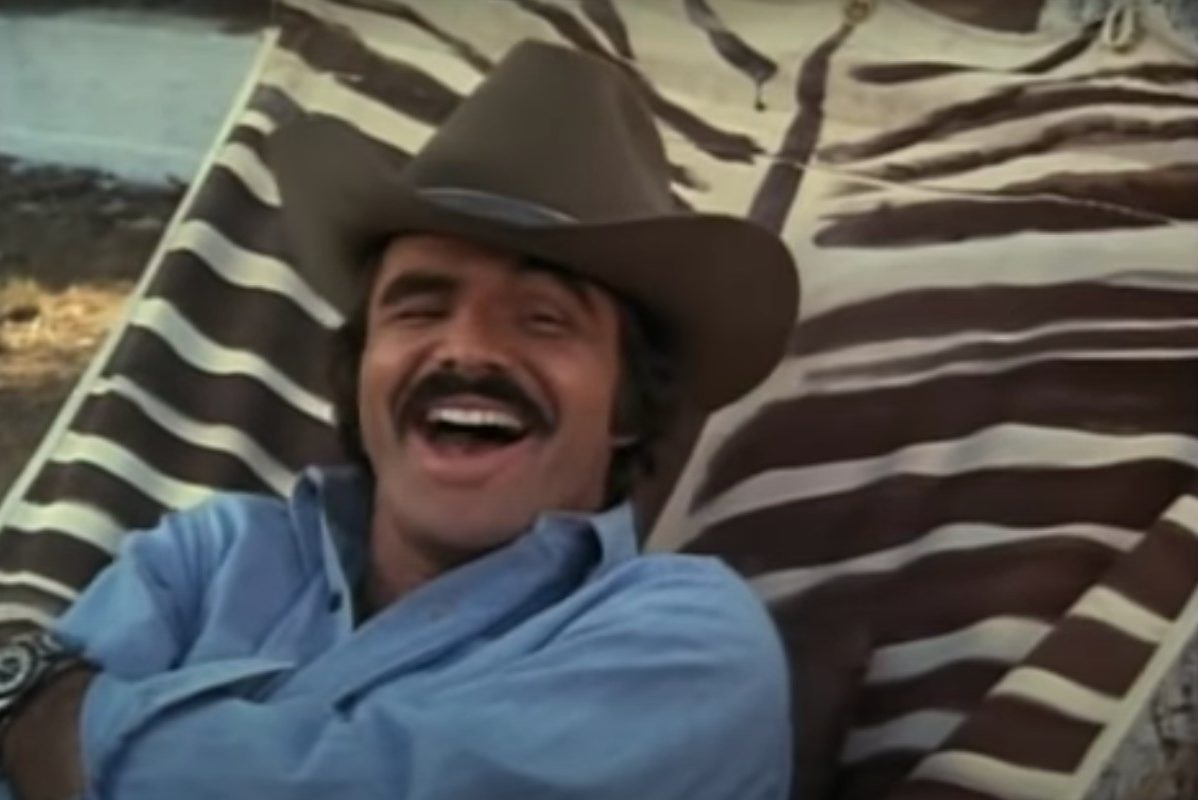 If you’re a big fan of Smokey and the Bandit fan, then buckle up, buddy, because we’ve got some awesome news for you! The 1977 action/comedy film starring Burt Reynolds, Sally Field, and a Pontiac Trans Am is getting the remake treatment in the form of a TV show.

David Gordon Green, the director of Pineapple Express and Eastbound and Down, is teaming up with frequent collaborator Brian Sides to co-write and co-executive produce the series.

For Green, whose other credits include an ongoing reboot of the Halloween franchise, the Smokey and the Bandit appears to be somewhat of a passion project.

?Growing up in the south, Smokey and the Bandit was an iconic franchise for me. The legacy of these characters is a playground of swagger and sass that I?m excited to dig into,? Green told Variety.

Huggins added, ?When UCP mentioned Smokey and the Bandit we were immediately drawn to it. We knew we had to remain faithful to its original setting in the South, and find an authentic voice. David?s immediate interest and his unique perspective and love for the original made it possible. Smokey and the Bandit was a very cool and irreverent film at the time and we hope to achieve that same feeling in the show.?

If you’re not familiar with the Smokey and the Bandit plot, or if it’s been a long time since you’ve seen the movie, it follows two bootleggers (played by the late Reynolds and country music star Jerry Reed) who attempt to illegally transport 400 cases of Coors beer from Texarkana to Atlanta. Directed by Hollywood stuntman Hal Needham, the film also starred Jackie Gleason, Pat McCormick, and Paul Williams.

Needless to say, we can’t wait until the TV show remake comes out!

15 Classic Smokey and the Bandit Quotes

Between the hilarious CB radio trucker talk from Reynolds’ Bo Darville (“Bandit”) and Reed’s Cledus Snow (“Snowman”) and the memorable moments from Gleason’s Sheriff Buford T. Justice, a.k.a. “Smokey,” there are too many classic Smokey and the Bandit quotes to count! Here, we’ll just look back on 15 of our favorites.

1). “You see son, old legends never die. They just lose weight.” — Big Enos
“I guess a legend and an out-of-work bum look a lot a like, daddy” — Little Enos

3). “I think you’re just a little bit scared.” — Little Enos
“That’s real good psychology. Why don’t you say something bad about my mother?” — Bandit
“Your momma is so ugly…” — Little Enos

4). “What do you think they do for excitement in this town?” — Bandit
“Probably sit around and watch the cars rust.? — Cledus

5). “Did you see that? They went right through our roadblock.” — Cop
“You sombitches couldn’t close an umbrella.? — Sheriff Buford T. Justice

6). ?What we’re dealing with here is a complete lack of respect for the law.? — Sheriff Buford T. Justice

8). “Give me a diablo sandwich, a Dr. Pepper, and make it quick, I’m in a goddamn hurry.? — Sheriff Buford T. Justice

10). “Actually, my heaviest relationship was with an acid rock singer… named Robert Crumly. We were together, oh, eight-and-a-half days. God, I really thought that was it.” — Carrie
“And?” — Bandit
“One day, I came home and found him in the shower… with a girl… and her mother!” — Bandit
“Well, at least he kept it in the family.? — Bandit

11). ?Damn, he had a lot of friends, didn’t he?? — Mike Henry
“If they’d cremated the sum-bitch, I could be kickin’ that Mr. Bandit’s ass around the moon by now.” — Sheriff Buford T. Justice

12). ?For the good old American life: for the money, for the glory, and for the fun… mostly for the money.? — Bandit

13). ?The fact that you are a sheriff is not germane to the situation.” — Sheriff Branford
“The god damn Germans got nothin’ to do with it.” — Sheriff Buford T. Justice