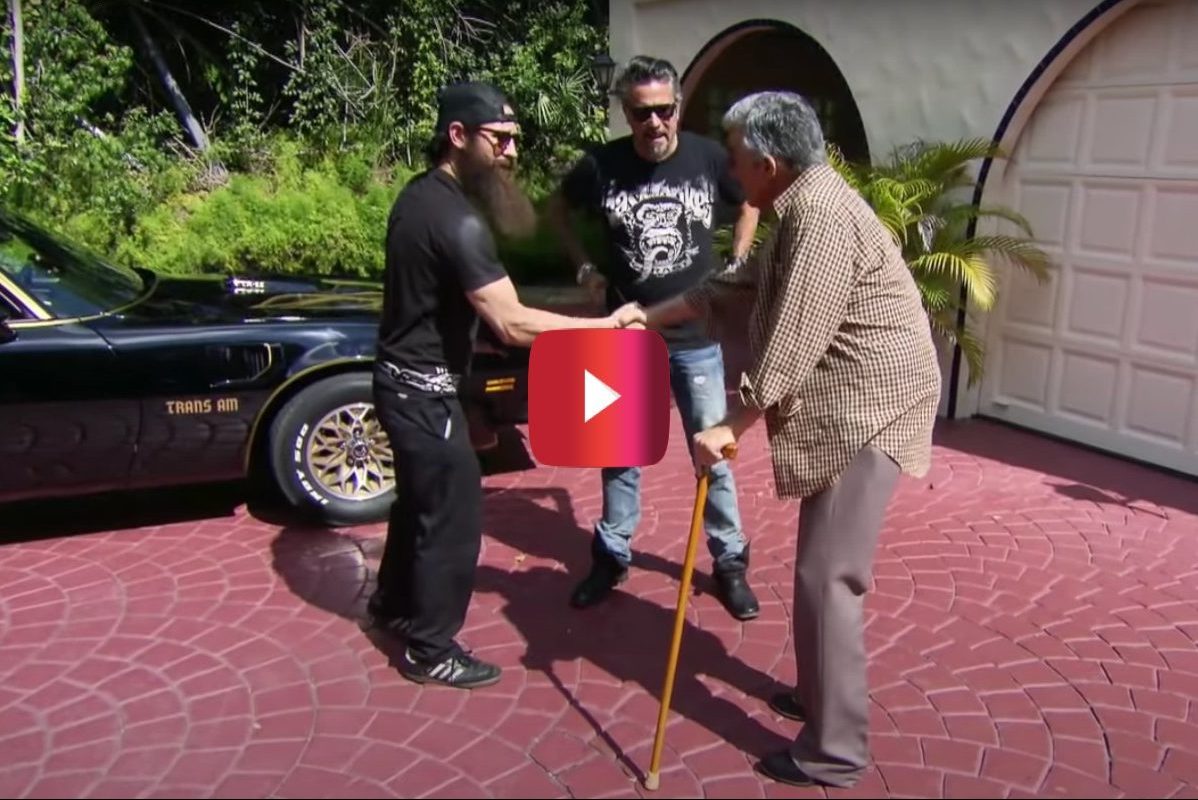 Fast N’ Loud definitely had some huge moments happen during its 16 seasons as a Discovery Channel TV show. Without a doubt, one of the most memorable moments in the show was the episode where Richard Rawlings and Aaron Kaufman (who’s also had his own shows, including Shifting Gears and Aaron Needs A Job) took a decked-out Smokey and the Bandit Firebird Trans Am and drove it to meet Burt Reynolds.

The show captured a real-life moment with the legendary Hollywood actor as the guys stopped by for a quick chat. As you might imagine, pulling up at Burt Reynolds’ house and hoping that you get through the gate to talk to him isn’t the best plan. After a failed first attempt, the Gas Monkey crew had to rethink their strategy and had much more success on their second attempt at meeting the star.

This whole situation came about after Richard made a side bet with Jay Riecke. If he could manage to get a signature from Reynolds, he would throw in an extra $25,000 on their car deal. Richard is not a guy that’s going to back down from a challenge, especially with that much money on the line, so, of course, he accepted the bet.

After arriving and failing to get through the front gate the first time, and realizing they can’t just show up in some Chevy truck, Richard got the bright idea to appear in a Bandit-style Trans Am that he rented from a friend. If you’re going to meet the guy, you have to at least show up in the proper muscle car. When Richard Rawlings and Aaron Kaufman return the second time, they drive right on through the gate and up the driveway right to his front door where Burt was standing.

Read More: We Remember This Furious Crash on the “Street Outlaws” Reality Show Like It Was Last Night

Even though Burt was dealing with some health issues at the time, he certainly never lost his humor. Some of his comments will make you chuckle, and both of the show hosts are starstruck at first. Eventually, they had to head back to Dallas, but they ended up having a funny conversation, and Richard finally got the signature he was looking for. It truly was a great moment for the show, and it became even more meaningful after Burt Reynolds tragically passed away in 2018.

Gas Monkey Garage somehow pulled this one off, and ended up with an extra $25,000 from Riecke. More money means more classic cars. Not only that, but they got to experience a moment with Burt Reynolds, and that is truly priceless. Any auto enthusiast would have loved to get that chance, however, this legend will always be remembered in the hearts of many from around the globe.

If you liked watching that Fast N’ Loud moment, and are interested in seeing more, there are full episodes available on Amazon, so you don’t even need a TV subscription!