Smokey and the Bandit is an all-time favorite film for action movie and Burt Reynolds fanatics. From the car chases, soundtrack, and characters, this movie is a classic. For some fans, keeping a copy of the DVD to commemorate the classic film isn't enough. Smokey and the Bandit action figures are sought after collectibles for fans.

eBay is full of hidden gems for vintage and retro collectibles. If you think that action figure from your childhood is a goner, think twice. You can find the exact models or similar figures on eBay. Before Funko Pop! figures made their debut, classic action figures were the go-to action figure collectibles. 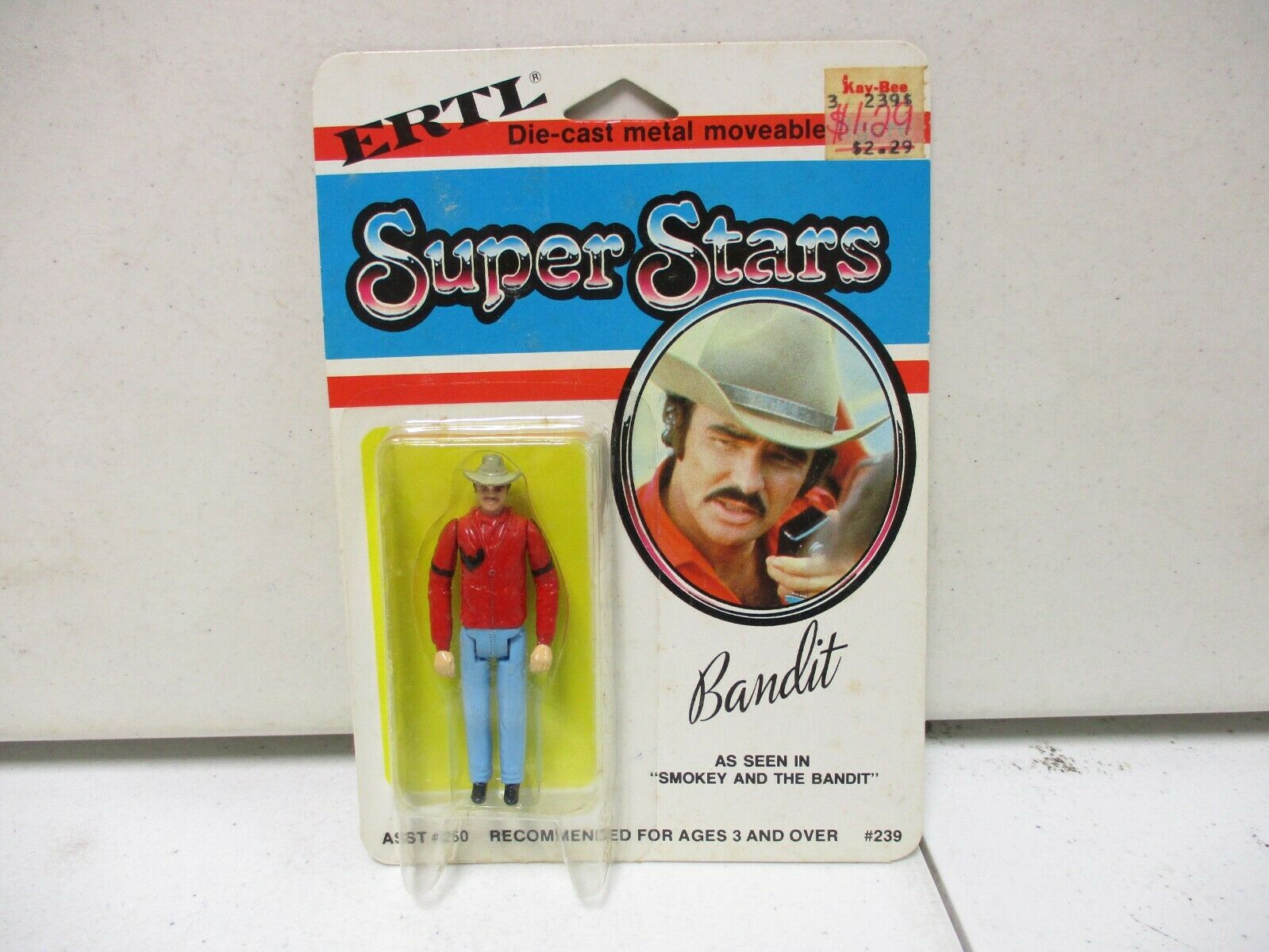 This Smokey and the Bandit figure is still in the original box. That's so neat that someone kept the Bandit Burt Reynolds Diecast action figure in mint condition all of these years.

The metal moveable action figure is an excellent gift for Burt Reynolds fans. Father's Day and Christmas always creep up too soon. Having something like this on-hand is perfect for last-minute gifts.

1977 Pontiac Firebird Trans Am - Smokey and The Bandit

Amazon's Toys & Games inventory also has a variety of Smokey & the Bandit collectibles. This model car is under $25, and the reviews are incredible. A customer left a review and said, "Great value good detail."

This is not your average "Hot Wheels" diecast car. The resemblance to the famous 1977 Pontiac Firebird Trans Am is impeccable. It definitely looks like the same car that jumped over the Mulberry Bridge.

The famous film was the second-highest-grossing film of 1997, right behind Star Wars. If that doesn't speak volumes, I'm not sure what will. Take some time to watch Smokey and the Bandit II and part 3 this weekend.

It's always nice to take a trip down memory lane to the good ol' days of Burt Reynolds.