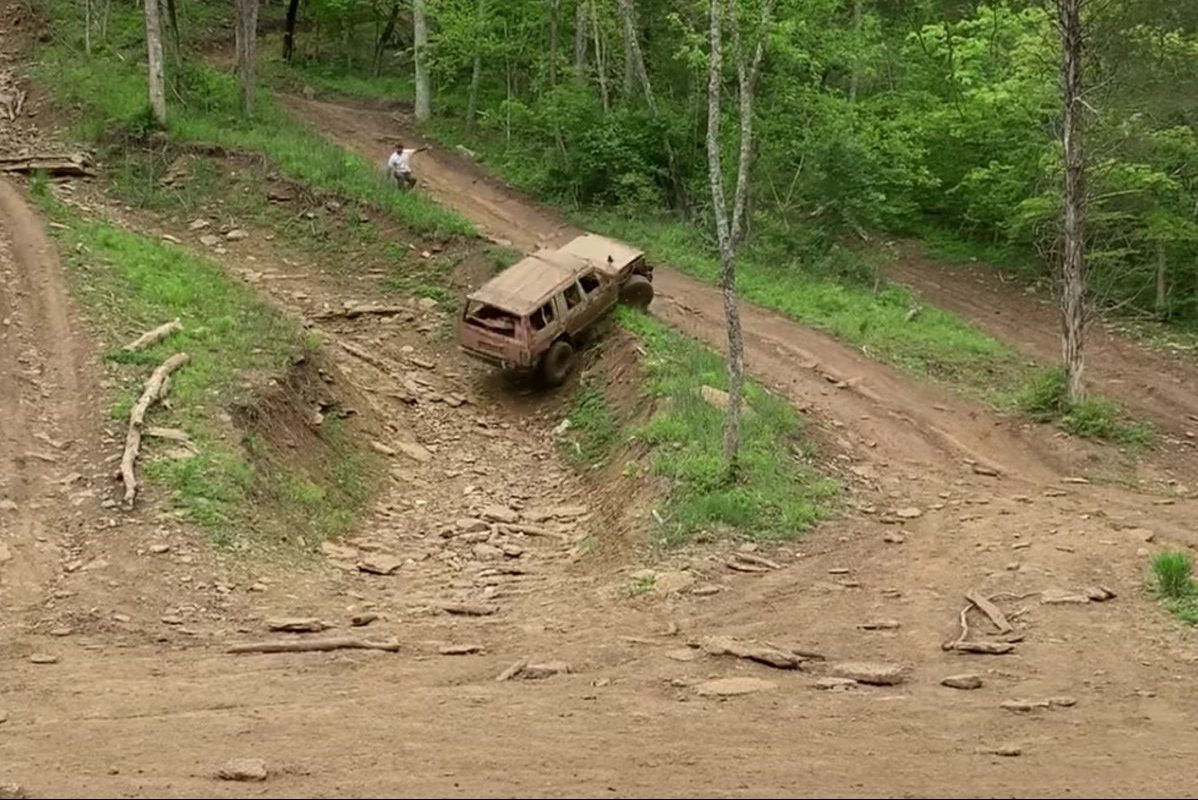 This, ladies and gentleman, is what happens when you have a certified clunker of a Jeep and a little bit of time on your hands. On Alt_driver, we don’t show too many videos of folks wrecking vehicles on purpose, but we just couldn’t resist with this one.

According to the uploader of this video from out of Bedford, Kentucky, “The owner of the jeep said that his wife wanted him to destroy it so that’s what he was doing.”

Rather than dispose of the 4×4 in a traditional or boring way, the Jeep owner and his wife decided to get a few friends together (from the sounds of it) and turn the Jeep’s last ride into a mini celebration. In a short but sweet farewell, the owner drives the Jeep a little ways up a hill, jumps out of the doorless driver’s side like a Hollywood stuntman, and lets gravity take care of the rest. Nothing says “hold my beer” like a good old-fashioned Kentucky good bye.

Of course, it’s never easy to get rid of a longtime ride, especially one that’s been with your through thick and thin. One that’s been through plenty of tires, if you catch my drift.

But, judging from the fact that the Jeep was sporting more brown from caked-on dirt than its original red paint job (not to mention the fact that it was missing pretty much all of the doors and windows), I’d say that the owner got more than enough use out of it. Plenty of epic off-roading trips under this bad boy’s belt, that’s for sure. Enough good memories to last a lifetime.

Now, excuse me while I watch that video one more time. This time, with Sarah McLachlan’s “I Will Remember You” playing in the background.