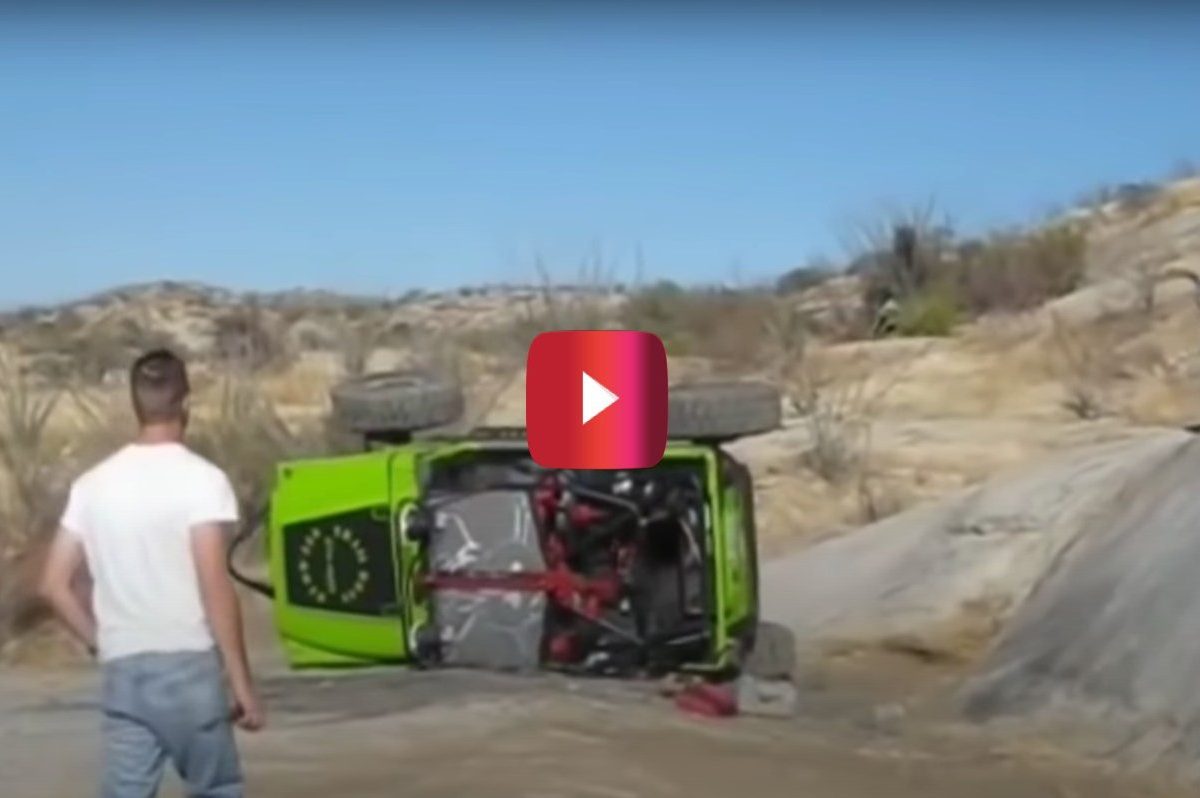 There’s something special about turning an average vehicle into a custom off-roader and taking it through some challenging terrain. There’s so many different options in the market today to create your very own. Whether you’re looking for something new, like a Jeep Gladiator Rubicon, or something a little more classic, like a Jeep Wrangler or Toyota pickup truck, you’ll find them all in the off-roading community.

Now, there are plenty of fails to go around in this video, but around the 2:55 mark, we see someone actually make a smart move. A rare thing in a fail compilation. But, the passenger decides to get out of the Jeep, even though the guy filming the whole thing says, “the safest place is in the Jeep.” Turns out that’s not the case here. You can probably imagine how the rest goes.

For the people watching, fails compilation videos like these are the best. You get to see the carnage without actually being in any danger or dealing with the cleanup. For the ones involved, that’s a different story. That off-road truck or SUV is their pride and joy, and it’s usually pretty screwed up after flipping onto the roof. Not only do these folks have a destroyed vehicle now, but they also have to break out the winches in order to get it back upright.

As seen in the video, rock climbing is one of the more dangerous off-roading activities to pursue. These steep inclines and declines can be deadly if they are not approached properly. Luckily, most of the time the drivers will have spotters next to them to make sure they are right where they need to be. But, just because you have a spotter, doesn’t exactly mean you’re safe from danger.

So, remember, what you’re getting into the next time you have the idea to build your next dream off-road vehicle. It can be the most fun day you’ve ever had, or the worst one you’ve ever had. Some of the best drivers out there on the trails learned from their mistakes the hard way.

Crashing is a part of the game you sign up for, which is why I wouldn’t recommend taking a brand-new vehicle out to play. Don’t forget, when you’re adding all your off-road mods, that you throw in some safety equipment, as well, because you’ll never know when it’ll save your life.