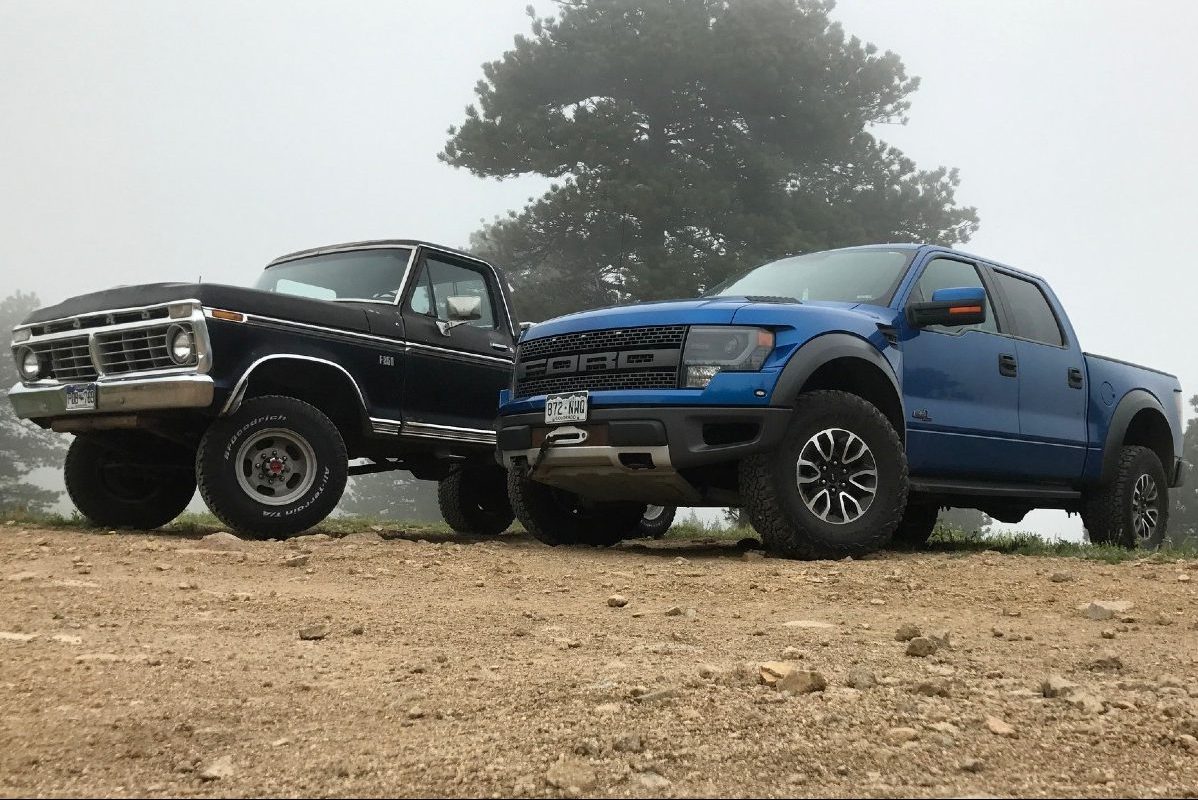 When we think of modern technologies like cell phones or WiFi, we often wonder how we survived without them. If you are old enough to remember a time without the world at your finger tips at all times, then you know we did just fine. Unfortunately, the same does not hold true with cars and trucks. Modern day tech in cars is impressive to say the least, and there are things newer vehicles can simply do better than their aging relatives.

In the below video, Fast Lane Truck sets up a classic duel of Old vs. New. In this case, it is a first-generation Ford Raptor versus a 1974 Ford F-250 “Highboy” pickup. The father-and-son Fast Lane team have a friendly competition on who can get up what they call Cliffhanger 2.0, a steep uphill battle littered with uneven trails, large boulders, and 10,000 feet of altitude fighting against you.

The Raptor comes equipped with an electronically locking rear diff, 4:10 gear ratio, Fox racing shocks, a six-speed automatic transmission, big brakes, and 411 fuel injected ponies under the hood. The old Highboy was all original other than the wheels. Let’s just say the new base F-150 6-cylinder engine makes more horsepower than the Highboy, and Fox Racing had just been founded, so it wasn’t teaming up with manufacturers to make performance shocks quite yet.

The Highboy wasn’t really in good enough mechanical shape to drive through town, let alone make it up this rough terrain, so the Raptor was ready with straps and a winch.

Check out the video, and you may be pleasantly surprised on how the old truck does in this competition. No word on if it made it home, though.