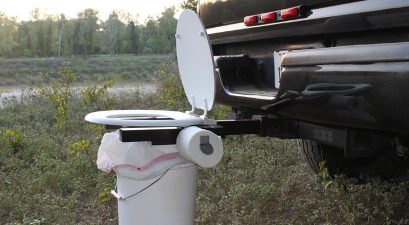 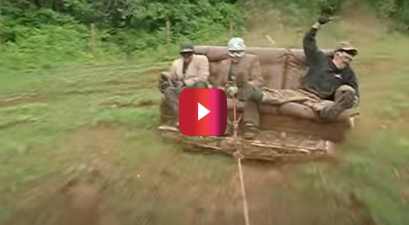 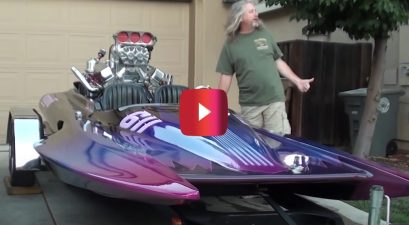 Before we get into this ridiculous jet ski parking fail, I’m just gonna go ahead and point out that it all happened in Florida. Not to be that guy who feels compelled to point out that most wild and crazy stories go down in the Sunshine State, but just to set the scene for this video. But, also only in Florida, am I right, folks?!

Now, back to our regularly scheduled programming: How Not to Dock a Jet Ski 101. Here’s how the whole wild incident went down, according to the victim’s sibling, who, after having what was most likely one hell of an uproarious laugh attack, uploaded the video to YouTube for all of us to enjoy.

“My brother failed to turn off the ski before docking it and flew over the floating dock and beached the ski as my parents watched with very little concern,” the video description reads. “My brother just stood up and walked away like he didn’t just park the jet ski on land.”

While we don’t have any audio here, it’s pretty easy to understand everything that’s going on just based on context alone. Right off the jump, the kid comes into the docking area WAY TOO HOT, and his “hey-mom-and-dad-watch-this” moment is essentially derailed, as Dad puts his hand up, indicating “Slow down, bud.”

Junior doesn’t get the memo, so then Mom follows up with another raised hand of caution. It’s too late by that point. The kid’s doomed to overshoot the dock. So, Mom’s hand quickly goes to her head, as she braces for her son’s imminent impact.

Over the dock he goes, while Dad just throws up his hands, as if to say, “What the hell was that?” The kid comes up to explain what happened, but unless it was a legitimate malfunction with the jet ski, we’re guessing he’s lost all water toy privileges for the summer.