Truck Sinks at Loading Dock After Series of Unfortunate Events 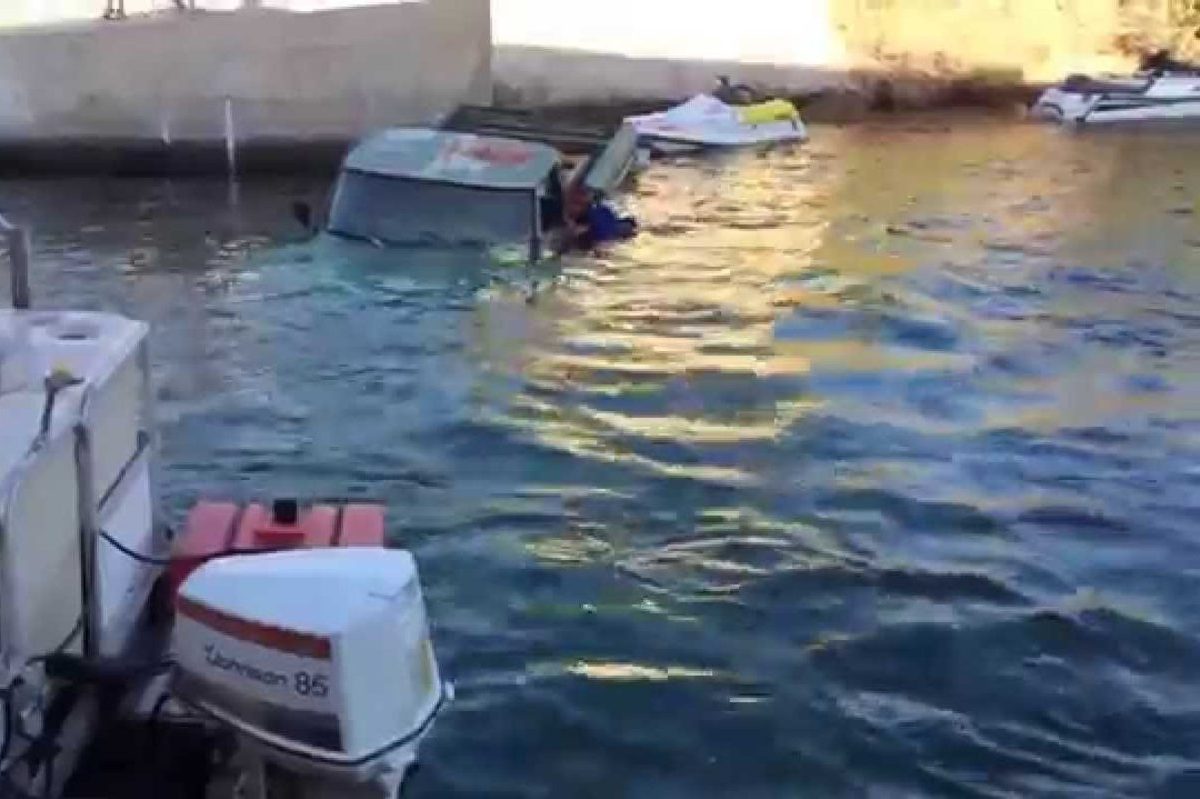 Memorial Day 2014 in Lake Havasu, Arizona was the site of an absolute disaster, after one unfortunate couple experienced just about the worst jet ski launch ramp fail of all time.

While a number of party goers look on helplessly, a man and a woman are seen desperately trying to prevent their truck from sinking after a costly mistake. Only, it’s no use. Down the truck goes into the drink. Just an absolute shame. You hate to see it. Talk about the ultimate party foul.

According to the uploader of both videos, Rocky Bertsch, this is how everything went down.

Here are the facts as I saw them. The truck was parked at the ramp and the PWC were being loaded onto the trailer.

The girl that was with this guy was inside the truck. I did not hear the engine running at anytime. When the truck was pulled out of the water it was found to have the transmission lever placed in drive and the parking brake applied. Know this truck had been modified to a floor shift and it is old enough to NOT have a brake lock safety to get it out of park. Know this truck has rear drum brakes. That means two things. First, parking brakes on drum brakes for the most part will not hold a vehicle when rolling backwards. Second, when drum brakes get wet, they will not hold.

The poor girl was doomed the second she took it out of park without the engine running. No power brakes, useless parking brake and wet rear drum brakes.

As far as giving them assistance. There was no time. By the time I got my video started (about 3 seconds after the problem was noted) the truck was already floating. Too late to save it.

Let me state this fact. I spend a great deal of time at Site 6 to watch and video all the follies each week. In fact, I video everyone trying to load their boats. The funny ones I keep, the rest are deleted.

Now, as it turns out, there’s a second video showing the attempted retrieval of the truck. Spoiler alert: It doesn’t go so hot.

In the video description for the truck retrieval attempt, Rocky writes, “I did tell this guy several times to release the PWC from the trailer before it too sinks. As they say you can lead a horse to water, but…”

…you can’t make him drink. Speaking of drinking, that truck definitely drank in more than its fair share of fluids that day.