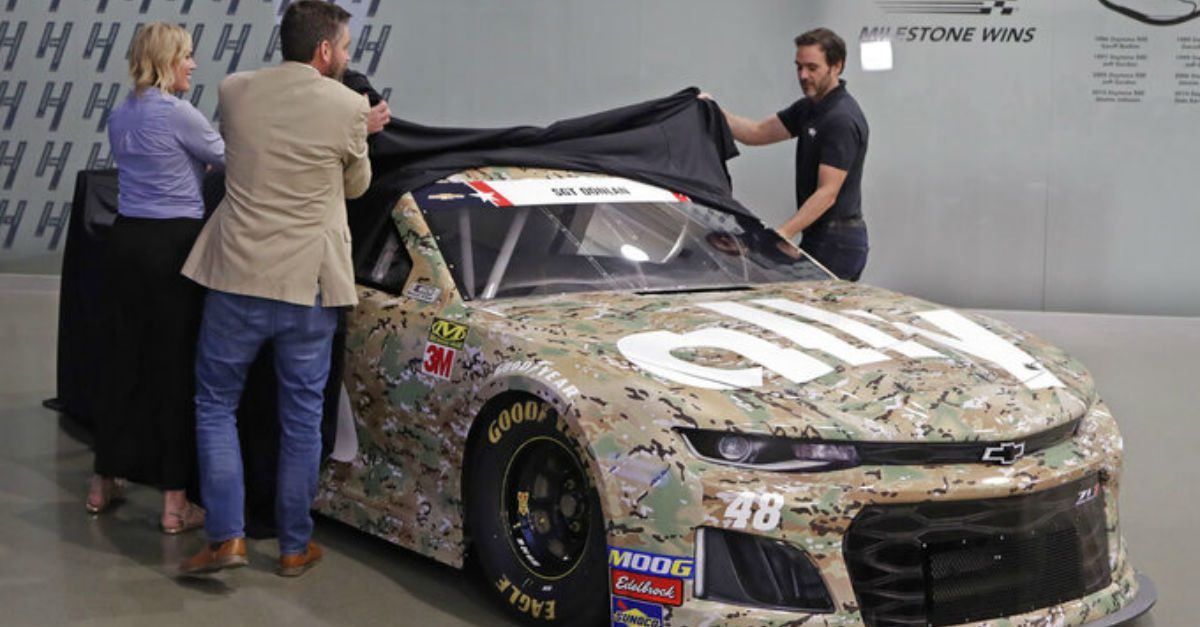 CHARLOTTE, N.C. (AP) ? Jimmie Johnson has unveiled a military-themed camouflage paint scheme for the Coca-Cola 600 with the name of a fallen soldier written across the front windshield of his No. 48 Chevrolet.

The seven-time NASCAR Cup Series champion will pay tribute to Army Sgt. Richard Donlan, who died during combat in Vietnam.

Read More: This Daytona 500 Winner Made NASCAR History at the Boston Marathon

Johnson’s patriotic car scheme is part of the NASCAR Salutes initiative, which honors fallen soldiers during the Memorial Day weekend race at Charlotte Motor Speedway. Since 2015, the names of soldiers killed in action have been displayed on drivers’ windshields.

Johnson says, “It means so much to the families involved, and it’s very cool to make a connection with them.”