“American Chopper” Star Paul Teutul Jr. Got His Start in the Family Business 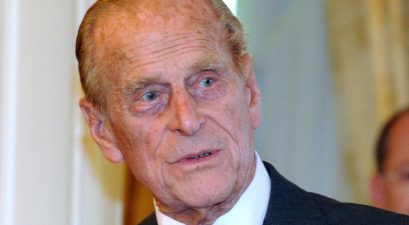 If you like custom bikes, Discovery Channel shows, or memes, you’re probably a fan of Paul Teutul Jr. Even if you didn’t watch the show American Chopper, you have almost certainly seen the iconic, oft-memed image from the show, commonly known as the “American Chopper Argument” meme. And, if you haven’t, then you must not have the internet, which means you are not reading this article.

But, besides being a meme superstar, what is Paul Teutul Jr. up to these days? We’re glad you ask! Let’s take a look at what Paulie has been doing over the years.

Paul Teutul Jr. on American Chopper and Beyond

For a number of years, Paul Jr. worked alongside his father Paul Teutul Sr. and younger brother Michael Teutul, a.k.a Mikey, at Orange County Choppers. Starting in 2002, Junior was featured on the reality television series American Chopper, but in 2008, he decided to leave his father’s motorcycle business, and eventually started his own design and fabrication company called Paul Jr. Designs.

The big, blowout fight that led to Junior and his dad parting ways was documented on the hit reality TV show, and that ensuing fight fueled the extremely popular “American Chopper Argument” meme.

In 2009, Teutul designed a dog park in Montgomery, New York. After that, his shop’s first design was a facelift for a — drum roll, please — Coleman Grill. Later in 2010, Paul pitched a series of dog toys to a company called Bamboo Pets.

If you’re wondering why Teutul didn’t jump right into running his own shop, it’s because he has to wait out a one-year non-compete clause from his contract with OCC. After the contract was up, Teutul immediately began building bikes at Paul Jr. Designs. Paul’s new company is now in competition with Paul Sr.’s Orange County Choppers shop. He’s even poached some former OCC employees. In American Chopper: Senior vs. Junior, which aired on the Discovery Channel from 2010-2012, we get a look at the competition between father and son, though they end up reconciling in the end.

In 2014, PJD built a bike for the World of Warcraft video game, which appeared in-game, as well. And, in 2016, PJD built two bikes for Teenage Mutant Ninja Turtles: Out of the Shadows. The builds were both awesome custom motorcycles.

In June 2020, Junior and Senior reunited for a two-hour American Chopper special called The Last Ride, but, apparently, things did not all go according to plan.

On the personal side of things, Paul Jr. married his girlfriend Rachael Biester in 2010. They were both featured on the TLC show Say Yes to the Dress. In 2015, Paulie and Rachel welcomed their son, Hudson Seven Teutul.

You may also be wondering how well Teutul Jr. has done for himself since leaving American Chopper. Currently, his net worth sits at an estimated $2 million. So, not too shabby!