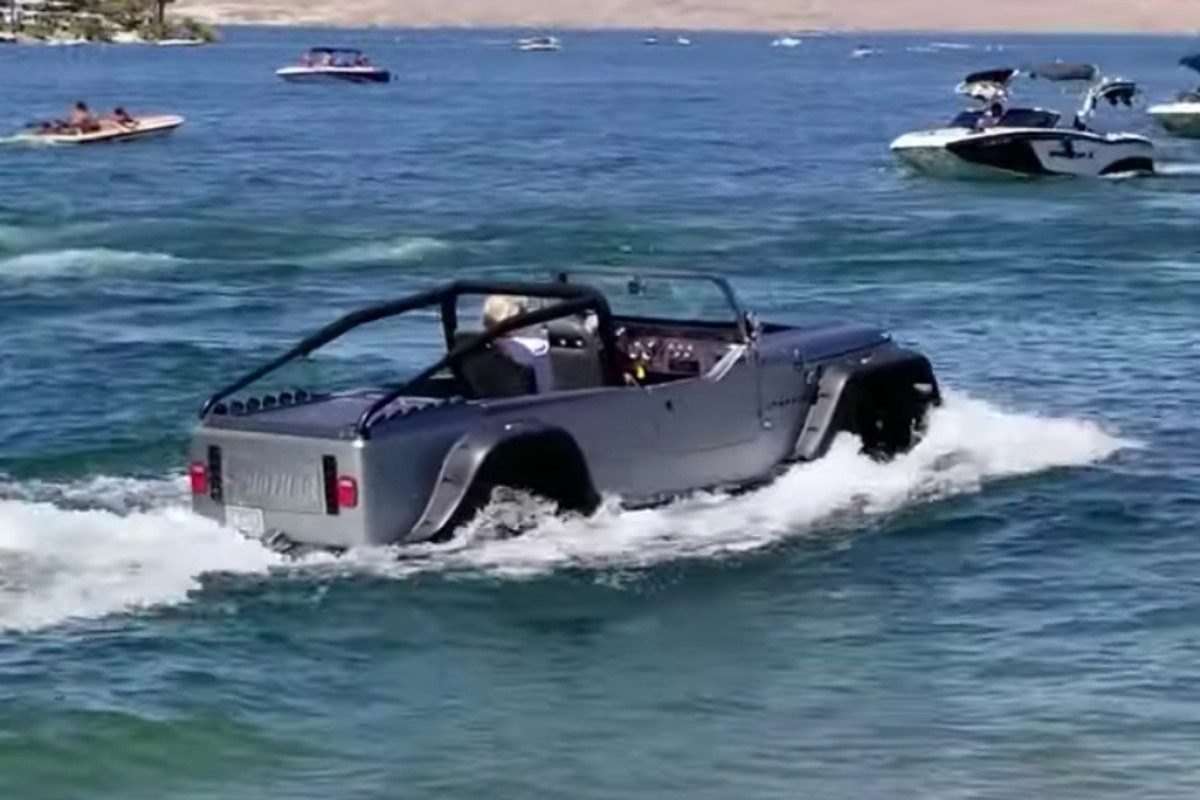 Sitting on the border between San Bernardino County, California and La Paz County, Arizona, Lake Havasu is an extremely popular spot on the West Coast that you’ve probably seen us mention a time or two before. For example, there was this houseboat crash that went down on Memorial Day weekend several years ago, and a jet ski loading attempt that ended in complete disaster.

While both of those stories had unfortunate endings, what we’ve got here is a Lake Havasu occurrence that simply offers pure, unadulterated awesomeness.

During 4th of July weekend back in 2020, an off-the-wall vessel caught the attention of a vacationing couple. As you can see in the below video, a Jeep boat is shown cruising along the lake, really standing out from the rest of the boats on the water. We know Jeeps are known for off-roading, but this is next level stuff!

“I filmed this video on July 4th, 2020,” writes the video’s lucky uploader in the description. “This was filmed at the end of the Lake Havasu channel before in enters the main body of the lake. I went there to celebrate the 4th of July with my wife. Lots of great boats to be seen. Once in a while a unique looking boat will be seen, like in the case of this Jeep amphibious boat.”

From the pink Cadillac boat known as the Nautilimo to the Corphibian, an amphibious truck produced by Chevy in the ’60s, amphibious vehicles are nothing new to us here at Alt_driver. That said, watching these incredible machines glide over the water never gets old.

Major props to the owners of this Jeep boat. Here’s hoping they get plenty of use out of it in the future. If not, I know at least a couple people who’d definitely be willing to take it off their hands…