This ’61 Chevy Truck Was One of a Kind 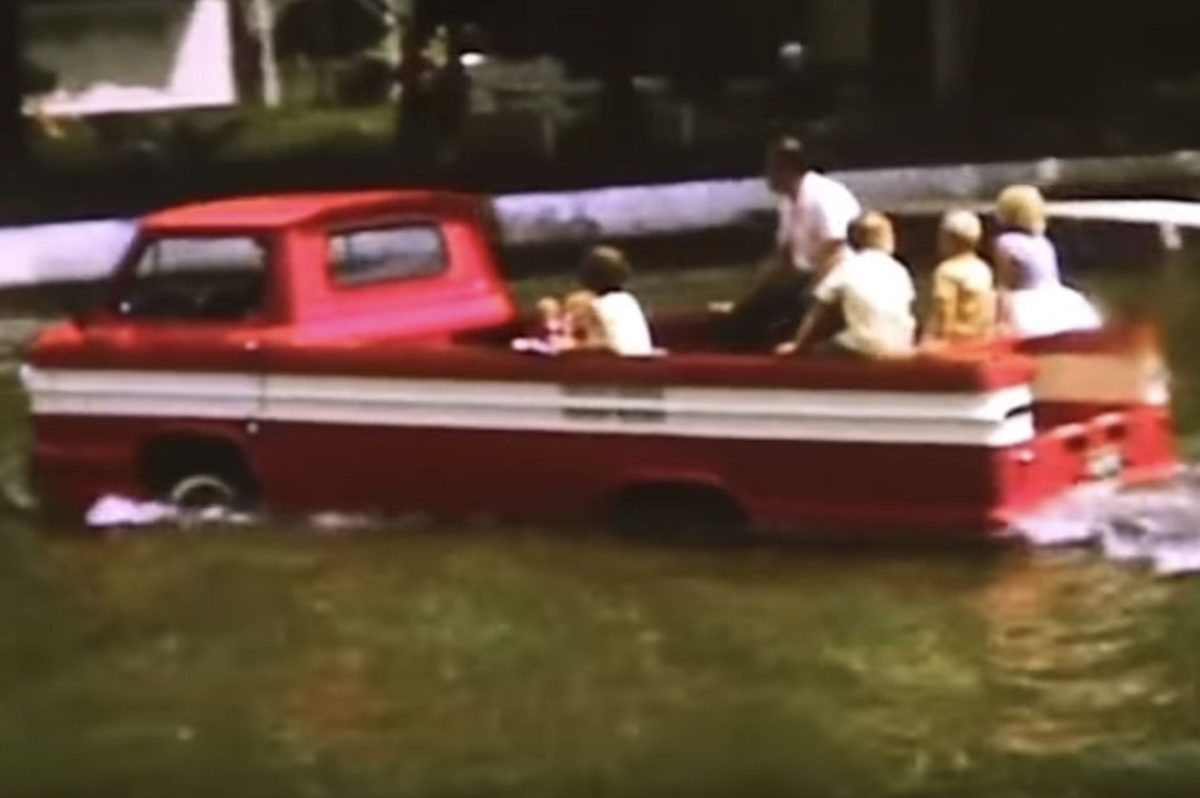 Have you ever heard of the Chevrolet Corphibian? If not, don’t feel too bad. Most people haven’t. Created by General Motors engineers Richard E. Hulten and Roger D. Holm, the Corphibian is an amphibious vehicle that was introduced back in 1961. Only one was produced.

Packing an original air-cooled 6-cylinder Chevy Corvair engine, the Corphibian was based on the styling of the Rampside pickup truck and featured an extended body and fiberglass hull. With a 95-inch wheelbase, it also had twin propellers behind the rear wheel base along with a pair of wooden rudders, meaning this thing could travel on land as well as in the water. Sounds pretty sweet, right?

Before pitching the idea to GM, the Pontiac, Michigan-based Hulten-Holm company put the video together while testing the vehicle. So, if you want to see an incredible excerpt of classic car history, stop what you’re doing and press that play button.

Read More: Is the Chevrolet Corvair Coupe Really as Dangerous as They Say?

Unfortunately, the Corphibian just came at the wrong time. The Amphicar Model 770 also debuted in 1961, and it was basically the same concept as the Corphibian. With that in mind, GM passed on the unique vehicle, but Hulten refused to send her to the scrap yard.

It stayed under lock and key for more than 30 years, before it was sold to its second owner in 1995. Back in 2016, though, with a mere 157 miles on the odometer, this incredible piece of Americana ended up getting sold at the Mecum Auction in Kissimmee, Florida.

Considering the backstory of this thing and what they did to spruce it up, it should make any classic car enthusiast jealous that someone actually gets to own this one-of-a-kind machine crafted by two ambitious GM engineers.