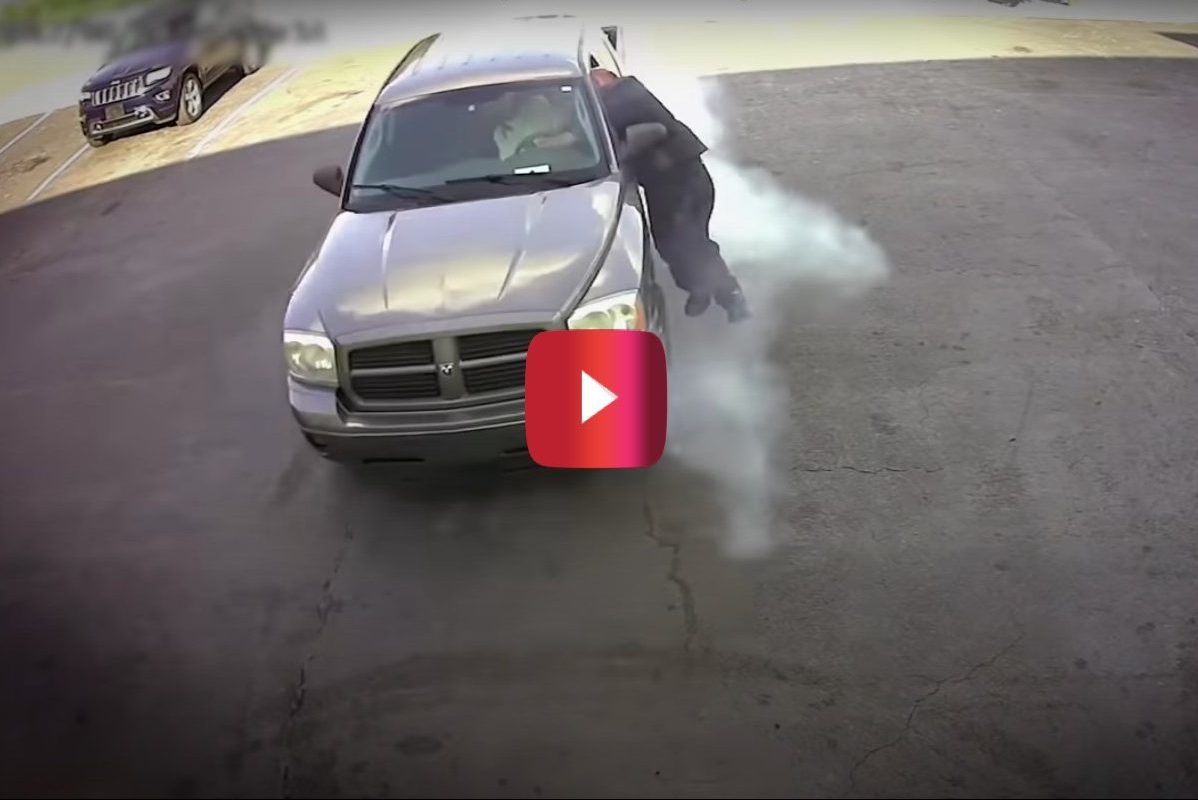 It was just another day at the shop for Tim Rodifer, the owner of Mr. Transmission in Johnson City, Tennessee. Back in September 2017, Rodifer was performing a diagnostic test on a 2006 Dodge Dakota outside of his shop, when he almost lost his life fighting off a car jacker.

Here’s an account of what happened, based on reporting from WCYB.com:

Rodifer had stepped away from the Dakota while the would-be car thief approached. The thief calmly jumped in the driver’s seat, shut the door, and shifted to reverse in an attempt to steal the pickup. Rodifer immediately saw what was going down and threw himself through the open driver’s window in an attempt to stop the thief, who burned rubber in reverse with Rodifer still hanging off the driver’s door.

Hell-bent on not letting this little punk get away, he held on until the suspect made it out onto the street and floored it in drive. The force from the acceleration was too much, and Rodifer fell to the ground as the car got away.

Read More: This Georgia Car Thief Almost Got Away With His Crime, But He Ended Up Falling Asleep

Luckily, Rodifer survived, but took some time to recover from scrapes and a bruised hip. The suspect, Cody Smith, was caught an hour later and charged with car jacking, aggravated assault, and driving on a revoked license. This wasn’t Smith’s first run-in with the law. He had been caught two week prior stealing a vehicle and was given probation.

Rodifer has no regrets as he told WCYB.com: “Of course I sprinted as fast as I could to the vehicle, dove through the window.”