This Hellcat-Swapped Dodge Dakota Is Packing Some SERIOUS Power 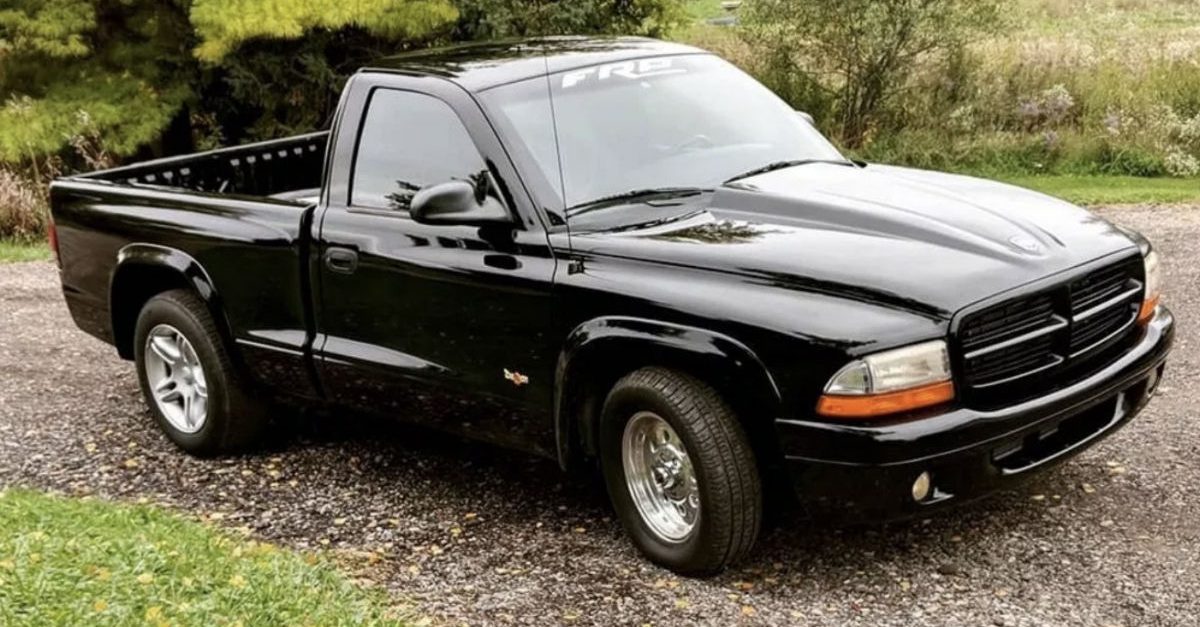 Chrysler’s Hellcat engine has resulted in some amazingly powerful production vehicles like the Dodge Challenger SRT Hellcat and the Jeep Grand Cherokee Trackhawk, but with the eventual crashes of some of these Hellcats as well as the introduction of the Hellcat crate engines (aka, the Hellcrate), this has opened up even more performance possibilities for MOPAR enthusiasts. One such example is this Dodge Dakota Hellcat featured on DodgeForum.com, which transformed Dodge’s stylish mid-size Dakota into a hot rod pickup truck.

According to the article, this souped-up Dakota is owned by Greg Snider, and he posted pictures of the build and finished product on Instagram. This truck started life as an otherwise unassuming 1998 Dakota Sport regular cab, and it has been extensively upgraded ever since Snider purchased it in 2009. Even before the Hellcat conversion, though, numerous upgrades have been made under the hood.

The original powertrain was Dodge’s iconic 318 Magnum V-8 and five-speed manual transmission, but this stock engine was soon upgraded with a Kenne Bell Supercharger, Mopar M1 intake, a Magnum R/T cam, and adjustable rockers. As with any gearhead, the tinkering continued when the truck received its first Hemi conversion: a 6.4-liter SRT Hemi and a six-speed manual gearbox.

After that, the unfortunate demise of a Dodge Challenger Hellcat provided the perfect opportunity for Snider to stuff the 707-horsepower, 6.2-liter Hellcat supercharged V-8 under the hood. The added power brought an immediate improvement in quarter-mile times with a time of 11.5 seconds at 126 MPH compared to 12.58 seconds at 111 MPH with the 6.4L Hemi.

Perhaps more impressive than the engine is that this truck’s styling has remained close to stock with the exception being the cowl hood, rear roll pan, and rear takeoff wheels from the Dakota/Durango R/T. This Dodge Dakota Hellcat even runs the truck’s original rear differential!

Read More: Santa?s Sleigh Gets Epic Upgrade Thanks to the Geniuses at Dodge